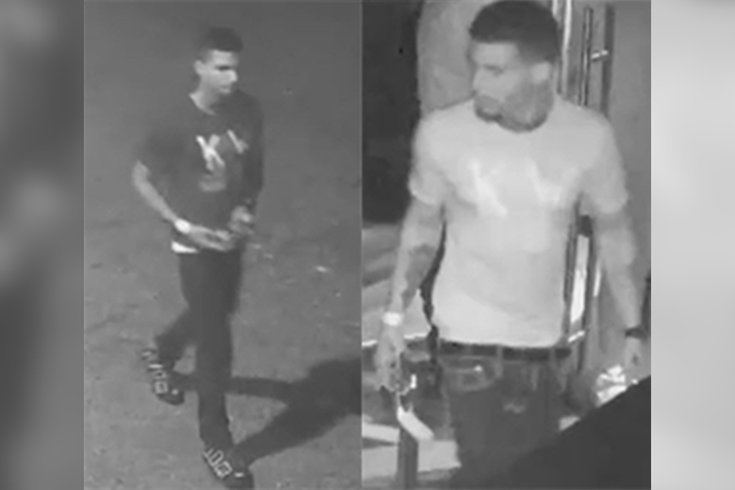 Police are asking the public for help identifying two men in connection with a shooting outside a nightclub in the Port Richmond section of Philadelphia.

Surveillance video shows the two men arriving in the parking lot in a blue Jeep Grand Cherokee with silver trim. The duo entered the establishment and left a short time later.

When the men returned to the vehicle, a fight broke out in the parking lot. One of the suspects pulled out a handgun and fired several shots into the crowd before fleeing the area.

Police described the two men only as a "suspect" and a "person of interest."