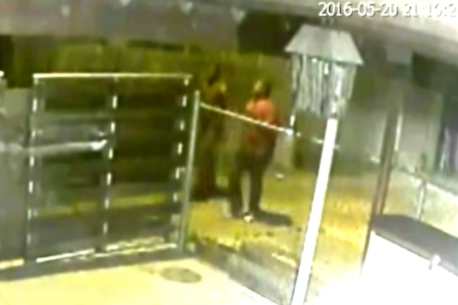 Police are asking the public for help Tuesday identifying a person of interest in the investigation of a homicide in Camden.

The incident occurred on Friday around 9:20 p.m. on the 2800 block of North Constitution Road.

Authorities arrived at the scene and found James Rhodes, 24, of East Orange, lying in an alley suffering from a gunshot wound. The victim was transported to Cooper University Hospital, where he was later pronounced dead.

Surveillance video released on Tuesday captured Rhodes walking with a man toward the scene where the shooting occurred. The video also shows the man running away from the scene alone.

Detectives believe this person may have information regarding the homicide. The person is described as a black man, wearing a red shirt and dark pants.