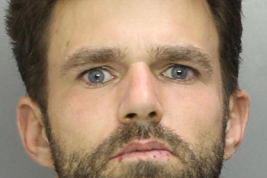 Raymond Wands of Frankford is wanted for a fatal hit-and-run that took the life of a cyclist.

Philadelphia Police issued an arrest warrant Sunday for a man who hit and killed a bicyclist with his car.

Julio Torres, 55, was riding his bike along the 600 block of E. Erie Avenue on June 22 when he was hit by Raymond Wands, who was driving a red Ford F-150 truck.

According to witnesses, Wands drove one block before exiting his vehicle and fleeing the scene on foot. Torres, suffering from head trauma, succumbed to his injuries and died after being transported to Temple University Hospital.

Wands, 38, is from the 4600 block of Penn Street in the Frankford neighborhood of Philadelphia. He faces pending charges of Leaving the Scene of an Accident, Homicide by Vehicle and DUI.