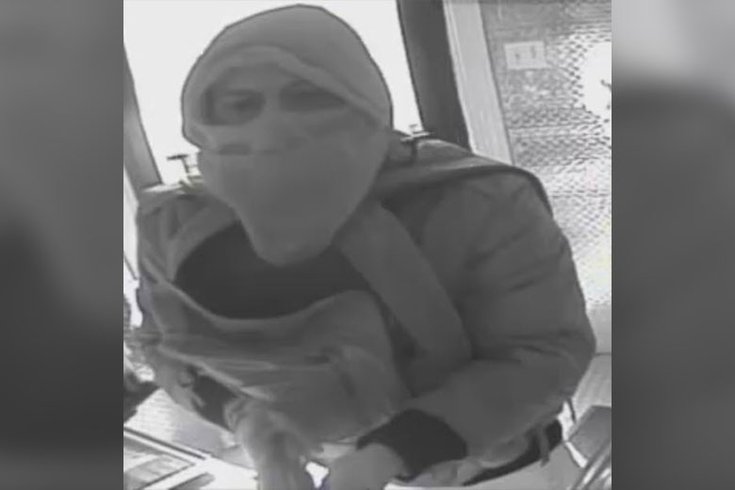 Police are looking to identify and locate the suspects they say robbed the LCM Grocery store in Feltonville.

UPDATE: Police on Thursday told PhillyVoice that a suspect is in custody.

Police are seeking the public's help in finding two suspects they say robbed a grocery store in Feltonville at gunpoint.

In surveillance video released by police Thursday, two unknown male suspects can be seen entering the LCM Grocery store at 4800 B St. on Tuesday at 10:05 a.m.

Police say Suspect 1 then announced a robbery in Spanish and demanded money from the cash register and cigarettes. After taking an unknown amount of money from the register, several packs of cigarettes, Similac baby food and a victim’s purse that contained various ID cards and $400, both suspects fled the store, police say.

They were last seen heading north on the 4800 block of B St., then east on the 200 block of E. Eleanor St. Police say they may have fled in an older, green-colored vehicle.

Suspect No. 1: Hispanic male, 25, with bushy hair and a chubby face, wearing black clothing and a black backpack positioned on his chest with the shotgun (wood handle) sticking out of it. He had noticeable tattoos on both hands.
Suspect No. 2: Hispanic male, 22, 5 feet 6 inches tall, with a light complexion, thin build and black hair. He was wearing a black ski mask, green jacket and blue jeans.