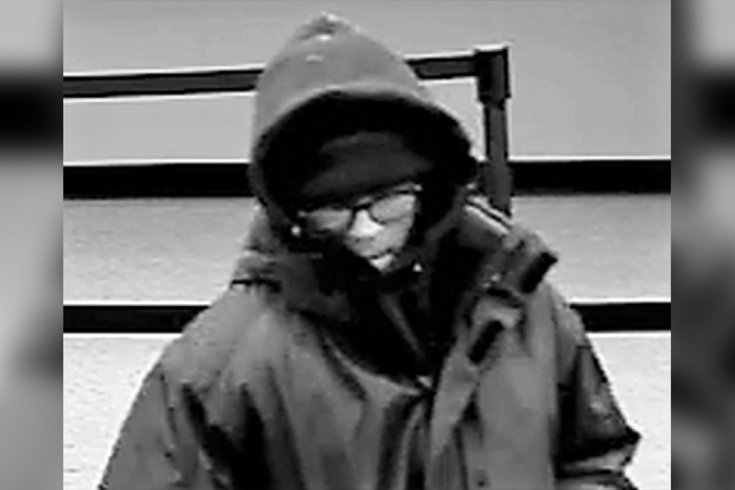 A suspect is still on the loose after robbing a bank on Christmas Eve in Northeast Philly, authorities said Tuesday.

The FBI and the Philadelphia Police Department announced the robbery occurred Saturday, Dec. 24 around 12:30 p.m. at the Citizens Bank located at 2516 Welsh Road.

According to authorities, a man entered the bank and handed a demand note to the teller. After receiving an undisclosed amount of money, the man fled the area on foot.

Police describe the suspect, who should be considered armed and dangerous, as a black man in his late 30's or early 40's approximately 5-foot-8 and 5-foot-9 in height with a light complexion. He was wearing black-framed glasses, a hunter green jacket, a black knit cap and a black scarf.

Authorities are offering a reward for information that leads to the suspect's arrest.