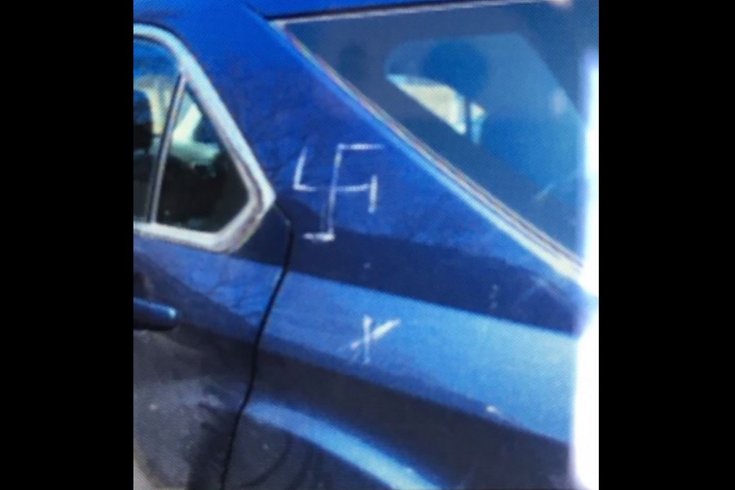 An investigation is underway this weekend after several vehicles and mailboxes were found vandalized in Bucks County.

On Satuday, the Warminster Police Department responded to a string of criminal mischief reports. The vandalism all occurred within a mile of each other, but authorities are unclear when the activity happened.

Vehicles and mailboxes were damaged, but one car had a swastika carved on it.

Two mailboxes were damaged at the Cavalcade Lane location and car parked on Parmentier Road had a tire slashed a broken passenger side mirror.

Anyone with information is urged to contact the Warminster Police Department at (215) 672-1000.