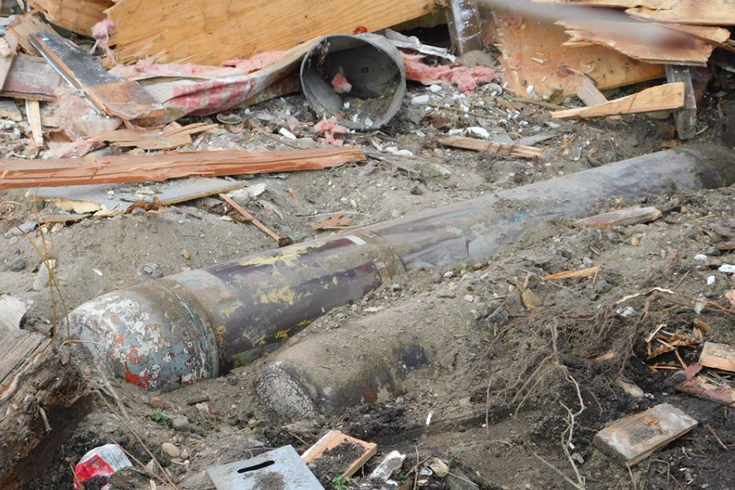 Two torpedoes were found at demolition site in South Toms River, New Jersey, on March 1, 2017, according to police.

Authorities in South Toms River are searching for answers after a pair of torpedoes were found Wednesday morning beneath the foundation of a demolished building.

Police said the munitions were discovered around 10:30 a.m. at the demolition site of the old "Shanty House," a former gardening and antiques business located on Atlantic City Boulevard.

Explosive Ordinance Disposal units and bomb squads from local agencies, as well as the United States Navy, were called to the scene to determine whether the torpedoes posed a live threat. The weapons were deemed to be training replicas and were taken by the navy to the Naval Weapons Station Earle.

A spokesperson for the station told the Toms River Patch that the two torpedoes, each measuring 7 feet long and 12 inches in diameter, were post-World War II warheads. Inspectors knew they safe once they recognized both were hollow and bore the blue paint reserved for training rounds.

Toms Rivers' naval history includes some of the U.S. military's earliest submarine testing, but it was not immediately known whether the torpedoes found Wednesday hold any particular historical significance.