Delayed drownings are rare but it's important to recognize the signs 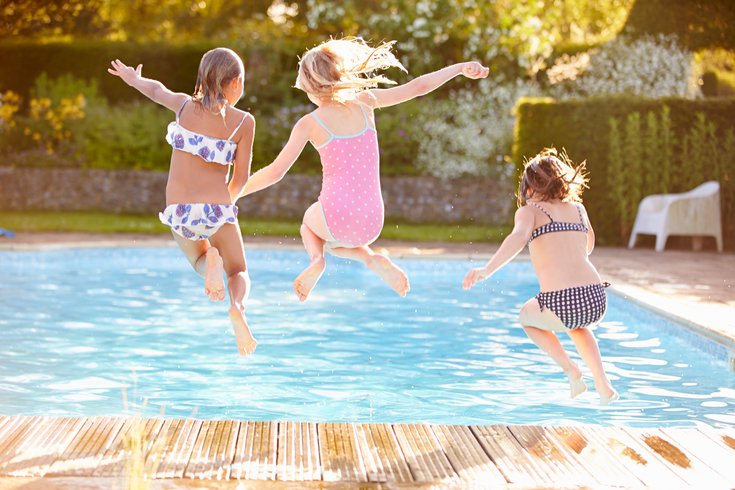 The best way to prevent any type of drowning incident is to teach children how to swim and encourage them to only swim in safe areas, experts say.

As private and public pools begin to gradually reopen, pediatricians are stressing the importance of reminding children about proper water safety before they cannonball into the water.

Drowning is one of the leading causes of death in children, especially those under the age of 12. Secondary and dry drowning — delayed drowning events that involve submersion injuries — also can turn tragic.

The timing of treating these submersion injuries is crucial. That is why it is important for parents to recognize the signs and get help immediately.

Dry drowning can occur when a child inhales water that becomes trapped in the mouth or nose, causing asphyxiation. This can happen when the water causes a spasm that forces the airway to close up.

With dry drowning, the child will start choking and turn blue almost immediately.

Secondary drowning is more insidious, with symptoms sometimes not developing until hours later. With this submersion event, the water gets into the lungs, causing breathing difficulty.

Usually within the first 24 hours after the water incident, a child will become lethargic and develop rapid, labored breathing along with frequent coughing episodes. These are signs that the child is not getting enough oxygen into the lungs.

Dry and secondary drowning are rare events, but not as many parents are aware of the threat and how to respond, pediatricians say.

If a child is throwing up, coughing persistently, acting lethargic or struggling to breathe after a water incident, parents are advised to seek medical attention right away. The sudden onset of forgetfulness and other uncharacteristic behaviors also could be a sign.

With real labored breathing, call 911. Don't wait to talk to a pediatrician.

When a child is having breathing difficulties, a space between their ribs or a gap above their collarbone becomes visible when they breathe, Dr. Sarah Denny, an emergency medicine physician at Nationwide Children's Hospital in Columbus, Ohio, told Parents.com.

Any child that needs to be pulled out of the water should be evaluated, experts say.

Some physicians don't believe that these delayed drowning events should be put into their own categories and prefer to include them under the umbrella of drowning.

The treatment for submersion injuries like these depends upon the severity of the child's symptoms. Some children with mild symptoms might just need to have their vital signs and oxygen levels monitored for awhile. Others will need oxygen supplementation, but experts say respiratory failure with these types of injuries are rare.

The best way to prevent any type of drowning incident is to teach children how to swim and encourage them to only swim in safe areas, experts say. The use of life vests also can add an extra layer of protection, especially for young children and those who are not strong swimmers.

Parents also should learn CPR and make sure an adult is always supervising while children play in a pool.