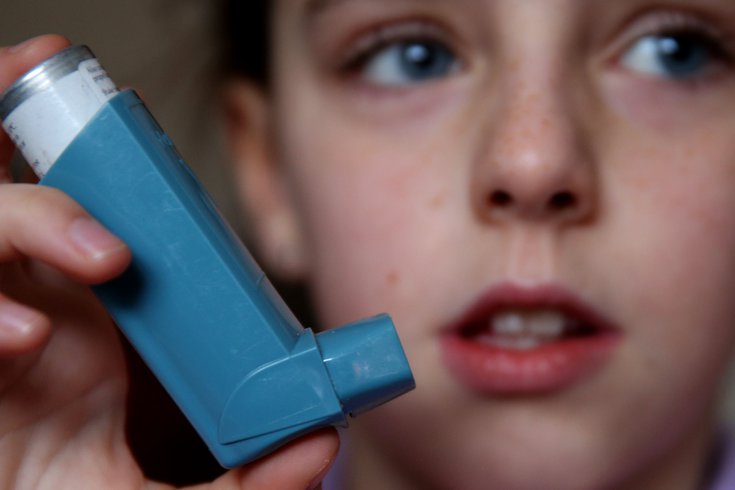 Two types of medications generally are used to manage asthma symptoms – those that provide quick relief during an attack and long-term preventive medications.

Having just one parent with a history of asthma can double or triple a child's own asthma risk, especially through age four, according to a new study.

Researchers at the Henry Ford Health System in Detroit also found that Black children were more likely than white children to develop the condition in their preschool years. This risk lessened after age nine.

White children's incidence rates increased later in childhood. Black children had a higher risk even without a family history, the researchers also reported.

Boys with a family history of asthma also had higher rates of asthma than girls with the same history in their early years. By age 14, the incidence rate between boys and girls was about the same.

"These findings help us to better understand what groups of children are most susceptible to asthma early in life," said Christine Cole Johnson, chair of the Department of Public Health Sciences at Henry Ford. "We can now use this information to develop interventions for those children at highest risk."

The study, published in JAMA Pediatrics, included over 12,000 children born between 1980 and 2014. The children were enrolled in 31 childhood asthma cohort studies in 30 U.S. states and Puerto Rico as part of the national Environmental Influences on Child Health Outcomes program.

How to prevent asthma attacks

Approximately 1 in 12 U.S. children have asthma, a chronic condition that affects the lungs and requires ongoing management, according to the U.S. Centers for Disease Control and Prevention.

Every year, 20% of them end up in the emergency department because of an episode of difficulty breathing, wheezing, coughing and tightness in the chest

Asthma causes inflammation of the lungs and airway constriction. Symptoms are triggered by allergens or irritants that enter the lungs.

Respiratory illnesses such as the common cold and bronchitis also can worsen asthma symptoms. So can sudden changes in the weather, and anxiety and stress.

Two types of medications – those that provide quick relief during an attack and long-term preventive medications – are generally used to manage asthma symptoms. Reducing exposure to possible triggers is also important.

While it isn't feasible to eliminate all triggers from a child's life, pediatricians say there are some simple actions parents can take to reduce the likelihood of frequent asthma attacks.

Here are some tips from Independence Blue Cross, Healthline and the Cleveland Clinic.

1. Don't let anyone smoke in the house.

2. Help children maintain a healthy weight. People who are overweight or obese are more likely to have severe asthma symptoms.

3. Encourage physical activity and teach children how to manage their stress and anxiety in healthy ways.

4. Try to keep the house as dust-free as possible. Clean under beds and other furniture regularly and wash bedding weekly. Monitor regularly for any pest problems.

5. Make sure children stay inside on days with heavy smog or poor-air-quality readings.

6. Inspect your home regularly for mold spores. Black mold can exacerbate asthma symptoms if left unchecked. If you suspect you have a mold problem, professional mold remediation may be necessary.

7. Avoid using any fireplaces or outdoor fire pits if your child has asthma. The wood smoke will irritate the lungs, increasing the risk of an asthma attack.

8. Use your air conditioning system in the spring and summer to provide better air filtration when pollen counts are high.

9. Keep a log detailing when your child has difficulty breathing. It can make it easier to identify potential triggers.

10. Have children tested for allergies so you know the allergens to which they are most sensitive.