Portion of 11th Street will be renamed ‘Ed Snider Way’

The Flyers are again deservedly honoring the man who brought hockey to Philadelphia. At the Sports Complex, the portion of 11th Street that runs between Pattison Avenue and Terminal Avenue (the sketchy part of 11th under I-95) will be renamed “Ed Snider Way” starting this week.

It’s this part of 11th that is situated between the Wells Fargo Center and Lincoln Financial Field: 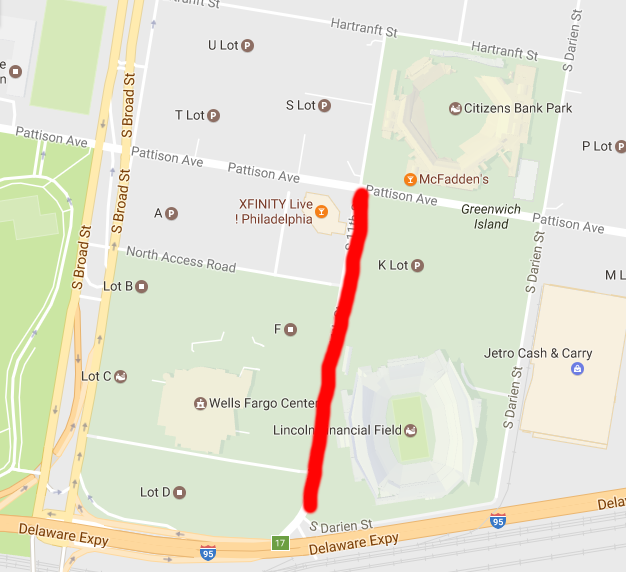 According to CSN Philly, there will be a ceremony on Thursday to dedicate the street in Snider’s name:

Members of the Snider family will join City Councilman Kenyatta Johnson and Comcast Spectacor officials at the South Philly Sports Complex during the dedication. The ceremony is scheduled for 3 p.m. In the event of rain, it will move indoors to Xfinity Live.

Considering there is also a portion of Broad Street that could soon be called “Boyz II Men Boulevard,” this has been a big week in terms of Philly streets getting renamed.