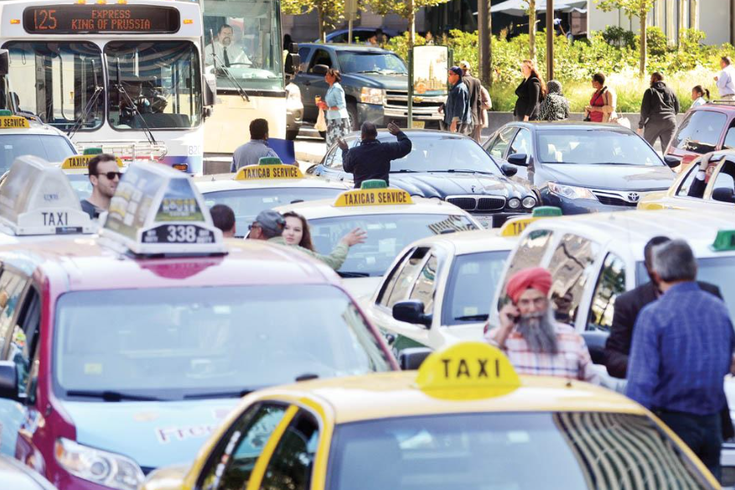 The Philadelphia Parking Authority has proposed new rules to improve taxicab service in the city, Philly.com reports.
Some of the requirements would include reducing taxis' odometer limit from 135,000 miles to 500 miles and making it mandatory for medallion cabs to be wheelchair accessible.
The PPA acknowledged that its push for better standards is driven partly by the emergence of ride-sharing services Uber and Lyft, which remain illegal in Philadelphia but have been operating anyway. There was no expectation that the traditional taxicab industry would take the initiative, so new rules have been proposed and must be approved by the state Independent Regulatory Commission.
If passed, the rules would not be likely to take effect until late this year.
Read the full story here.