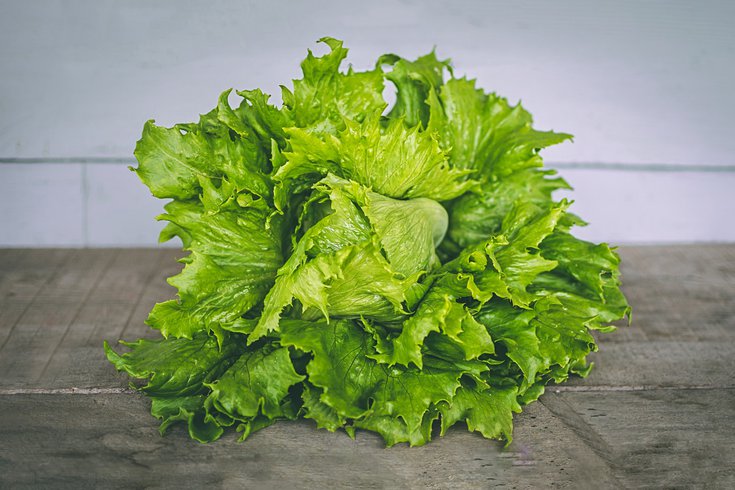 People were stoked when pre-packaged lettuce began lining grocery shelves. The pre-washed and, oftentimes, pre-cut bags and containers made prepping a healthy meal that much easier.

But these pre-packaged greens became a point of contamination and infection because they were touched more during processing — and that’s how disease spreads.

Some of these lettuce products may even claim to be "triple washed"  — but according to Popsugar, they may not be all that clean or safe to eat.

Registered dietitian Leslie Langevin, MS, author of The Anti-Inflammatory Kitchen Cookbook, recommended washing all produce, including those with peels you don't eat like avocados, to get rid of germs, bacteria, and pesticides. She also said, "I recommend rewashing packaged greens that have been washed. I have found dirt and even bugs before in my prewashed greens, as I am sure lots of other people have found, too." Um, eww!

RELATED: Experts think we should drop the 'antibacterial' outlook on life

Not everyone agrees, however.

“If the bag says the greens have been washed, pre-washed, triple washed, ready to eat, or has any other indication that it’s already been washed, you’re better off not rinsing it again,” she says.

And for the third, and arguably most important opinion on the matter, the Centers For Disease Control follows what the FDA recommendations: wash and dry all raw fruits and veggies before consuming. As for pre-washed produce that says it's "ready to eat," including greens, carrots, and sprouts, the FDA said "you can use the produce without further washing," but "if you choose to wash produce marked as 'pre-washed' or 'ready-to-eat,' be sure that it does not come in contact with unclean surfaces or utensils. This will help to avoid cross-contamination."

To avoid contaminating your greens in your kitchen, Men’s Health recommends, hands off the salad. Just pour it from bag to bowl.

The FDA also notes that, "washing may reduce bacteria that may be present, but it will not eliminate it." So if you're worried about the various bacteria and other contaminants on your veggies, it sounds like you can't go wrong with a little extra washing.

Just make sure your hands are washed before handling any produce and that your utensils and cutting board are also clean. Cut away any damaged or bruised areas, and if a fruit or veggie looks or smells funky, it's best to throw it out.