The Rev. Robert J. Potts, 82 was the pastor of St. Ursula Church in Fountain Hill 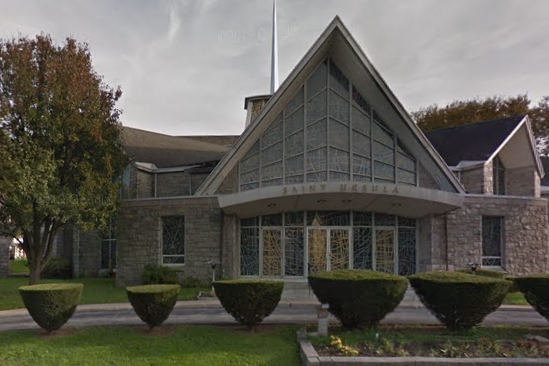 Father Robert J. Potts was removed from service at St. Ursula Church in Fountain Hill on Sunday after it was reported that he allegedly sexually abused a minor in the late 1980s and early 1990s.

Authorities are investigating allegations that a Lehigh County priest sexually abused a minor.

The Rev. Robert J. Potts, 82, pastor of St. Ursula Church in Fountain Hill, has been removed from ministry services. Potts is accused of sexually abused a child in the late 1980s and early 1990s, the Diocese of Allentown announced Sunday.

Potts was the pastor at St. George Parish in Shenandoah during the time of the alleged abuses.

The allegation had been reported to the Independent Reconciliation and Compensation program, a fund that pays damages to victims of clergy abuse in the Allentown diocese. Administrators with the program, which is run independently from the diocese, notified the diocese after receiving information about the alleged abuse.

“The removal of Father Potts from ministry at this time is not a determination of guilt, but rather a precautionary measure until the appropriate investigations are completed,” the Diocese of Allentown said in a statement.

Applications to receive compensation from the program were open from April 23 through Sept. 30.

Potts has been assigned to the following Allentown parishes:

Attorney General Josh Shapiro submitted a 1,000-page Grand Jury report in Aug. 2018 that detailed sexual abuse allegations by more than 300 priests across Pennsylvania. Following the landmark report, a clergy abuse hotline was established, and by August it had received nearly 1,900 calls. Ninety percent of the calls received were related to allegations of abuse in the Catholic Church.