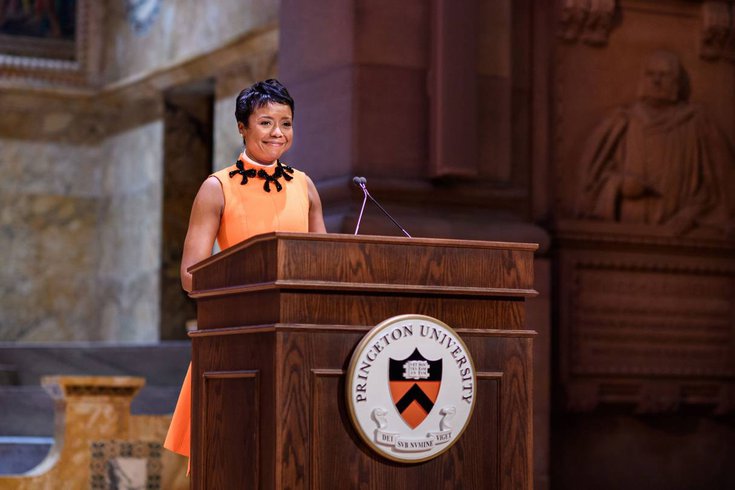 Sameer A. Khan/Fotobuddy/Courtesy of Princeton University

Princeton University alum Mellody Hobson's name will grace a new dormitory to be built at the site of First College, a residence hall that once bore the name of President Woodrow Wilson.

Hobson College will become the Ivy League school's first dormitory honoring a Black woman, the university announced last week. The building is expected to open in 2026.

Hobson, a 1991 graduate, serves as the co-chief executive officer of Ariel Investments, a Chicago-based company. She also serves on the boards of Starbucks and JPMorgan Chase and is a trustee at the Rockefeller Foundation.

Her name is being added to the building as part of a gift from the Hobson/Lucas Family Foundation.

"No one from my family had graduated from college when I arrived at Princeton from Chicago, and yet even as I looked up at buildings named after the likes of Rockefeller and Forbes, I felt at home," Hobson said. "My hope is that my name will remind future generations of students — especially those who are Black and brown and the 'firsts' in their families — that they too belong. Renaming Wilson College is my very personal way of letting them know that our past does not have to be our future."

Hobson has advocated for diversity in corporate boardrooms and was named as one of the "100 Most Influential People" in the world by Time Magazine in 2015. She previously served as a director of Estée Lauder and as board chair of DreamWorks Animation SKG.

In June, Princeton officials announced they would remove Wilson's name from the dormitory, renaming it First College. The university previously had planned to retire the name once two other residential colleges, currently under construction, were ready to open.

Princeton also removed Wilson's name from its public policy school. It is now known as the Princeton School of Public and International Affairs.

Wilson has been criticized for furthering racial segregation and white supremacy in the United States. During his presidency, he segregated the nation’s civil service after it had been integrated for decades.

Wilson served as Princeton’s 13th president from 1902 to 1910. Wilson was elected as New Jersey’s 34th governor in 1911. Two years later, Wilson became the 28th U.S. president, serving two terms in the White House and guiding the country through World War I. 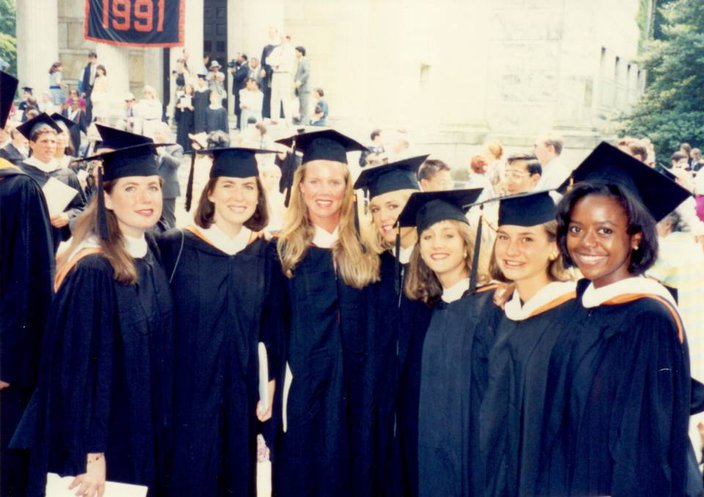 Mellody Hobson, far right, graduated from Princeton University in 1991. She serves as the co-chief executive officer of Ariel Investments in Chicago and has been named to Time Magazine's '100 Most Influential People' list.

The decision to remove Wilson's name from university buildings came as Black Lives Matter protests called attention to systemic racism and police brutality. The demonstrations were sparked by the killings of several unarmed Black people.

The protests prompted the university's board of trustees to revisit the ways Princeton could further oppose racism.

Construction on Hobson College is slated to begin in 2023 after opening two other dormitories.

"This extraordinary gift will be transformative for Princeton," Princeton President Christopher Eisgruber said. "It will enable us to improve the student experience at Princeton and to reimagine a central part of our campus, while also recognizing a remarkable woman who is a positive, powerful force for change in the world. Mellody Hobson is a wonderful role model for our students, and we are thrilled that her name will now grace our newest residential college."