The board of trustees voted on the measure on Saturday 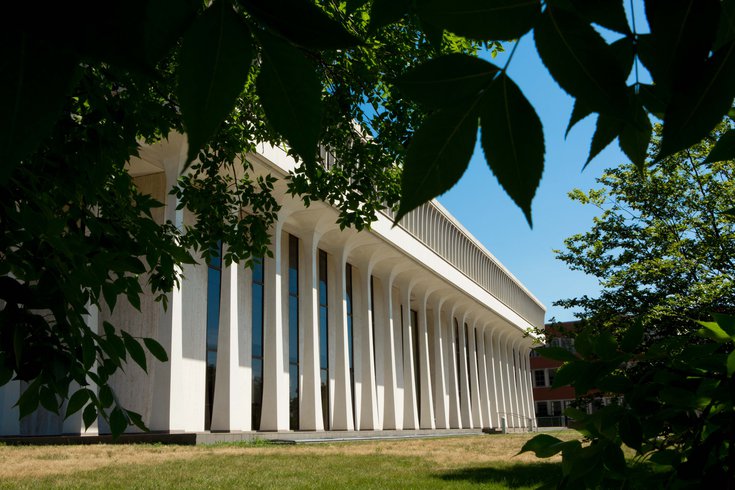 Woodrow Wilson served as Princeton University's President from 1902-1910 before being elected Governor of New Jersey and President of the United States.

Can anyone believe that Princeton just dropped the name of Woodrow Wilson from their highly respected policy center. Now the Do Nothing Democrats want to take off the name John Wayne from an airport. Incredible stupidity!

Following a meeting on the issue on Friday, Princeton University’s Board of Trustees voted on Saturday to remove Woodrow Wilson’s name from its public policy school and residential college.

The institution’s board of trustees wrote that it felt the former university president’s “racist thinking and policies make him an inappropriate namesake for a school whose scholars, students, and alumni must be firmly committed to combating the scourge of racism in all its forms.”

The public policy school will now be known as Princeton School of Public and International Affairs. The university had planned to close Wilson College and retire the name once two new residential colleges currently under construction were ready to open. It will now be known as First College.

As Black Lives Matter protests have taken place across the country over the last month following the deaths of Breonna Taylor, Ahmaud Arbery, George Floyd, and Rayshard Brooks, the university’s board of trustees revisited how the school could further oppose racism.

The demonstrations—which have sought to call attention to issues such as systemic racism and police brutality—and the killing of unarmed Black men and women “have served as tragic reminders of the ongoing need for all of us to stand against racism and for equality and justice,” the board wrote.

“Our commitment to those values must be clear and unequivocal,” the board wrote. “We believe that the continued use of Wilson’s name on a school of public affairs does not reflect those values and thereby impedes the School’s and the University’s capacity to pursue their missions.”

The board of trustees formed a committee in 2015 to review Wilson’s legacy at Princeton following student protests calling attention to his racism. The commission recommended several reforms as part of a 2016 report for the school to be more inclusive and honest about its past, but those suggestions did not include removing Wilson’s name from the public policy school or residential college.

Wilson served as Princeton’s 13th university president from 1902-1910. Wilson was then elected as New Jersey’s 34th governor in 1911. Two years later, Wilson became the 28th President of the United States and served two terms in the White House.

Wilson has received strong criticism for furthering racial segregation and white supremacy across the country. During his presidency, Wilson segregated the nation’s civil service after it had been integrated for decades, the board wrote.

“If the question before us were how to weigh Wilson’s achievements against his failures, members of the Princeton community might reach varying judgments,” the board wrote. “We believe, however, that these times present the University with a different question. Identifying a political leader as the namesake for a public policy school inevitably suggests that the honoree is a role model for those who study in the school.”

Princeton University President Christopher Eisgruber recommended and supported the ”extraordinary measures” taken by the board of trustees, writing that the school honored Wilson without being aware of his racism.

“In a nation that continues to struggle with racism, this University and its school of public and international affairs must stand clearly and firmly for equality and justice,” Eisgruber wrote.