Authorities advising Mount Holly residents to be on the look out 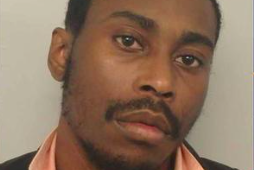 Michael Mimms, 27, of Willingboro, escaped police custody while being transported to the Burlington County Jail on September 12, 2015.

An inmate who escaped from Burlington County Jail in Mount Holly Saturday morning has been brought into police custody after a manhunt that lasted more than a day, officials with the Willingboro Police Department confirmed.

According to Westampton Township Police, Michael Mimms escaped from the jail, located at 54 Grant St., around 8:30 a.m. Saturday. Mimms, 28, was being placed in the jail when he escaped and was still wearing handcuffs with a belt attached to them.