Americans are still eating too much potentially carcinogenic processed meat 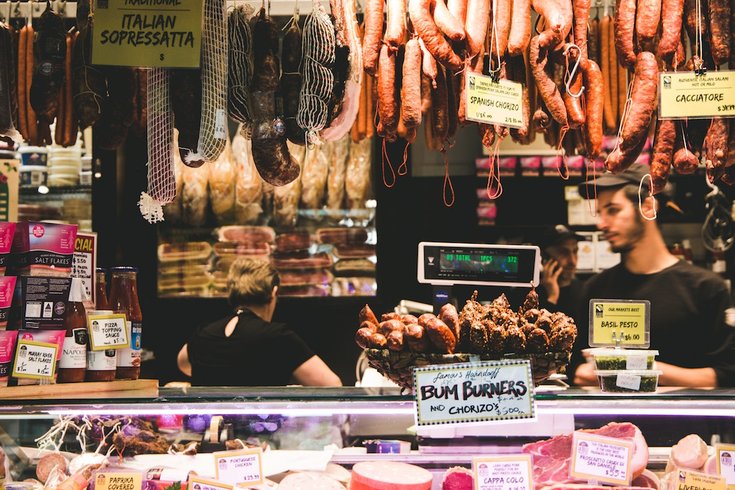 Americans are having a hard time ditching their addiction to processed meats, according to a new study that found that consumption of the unhealthy foods remains unchanged over the past 18 years.

Meanwhile, there has been no uptick seen in the consumption of healthier protein alternatives like fish and shellfish. In fact, while 25 percent of adults are still eating more unprocessed red meat than recommended, less than 15 percent are consuming enough fish and shellfish, according to a news release.

The study, published Friday in the Journal of the Academy of Nutrition and Dietetics, did have one positive finding: Americans do seem to be consuming less beef and more chicken than past averages.

"While factors other than health (e.g., social, cultural, and economic) can influence Americans' food choices, the lack of widespread awareness of health risks associated with processed meat may have contributed to the lack of consumption change in the past 18 years," said Dr. Fang Fang Zhang of Tufts University, lead researcher on the study. "Our findings support further actions to increase the public awareness of the health risks associated with high processed meat consumption in the U.S."

Researchers called upon “nationally representative” data involving 44,000 U.S. adults, ages 20 and up, who participated in the National Health and Nutrition Examination Survey between 1999 and 2016.

Researchers found that consumption of processed meats remained the same over the 18-year period — at about 182 grams per week — and generally included the following meats: luncheon meat, sausage, hot dogs, ham and bacon. There is evidence that processed meats can lead to obesity, diabetes, cardiovascular disease and even cancer.

"Findings of this study can inform public health policy priorities for improving diet and reducing chronic disease burden in the U.S.," Zhang said. "Because stores and fast-food restaurants are main purchase locations for processed meat, future policies may prioritize these as primary sites of intervention for reducing processed meat consumption among U.S. adults."