Star of the 'Dancin' on Air' reality show talks about life in front of, and behind, the cameras 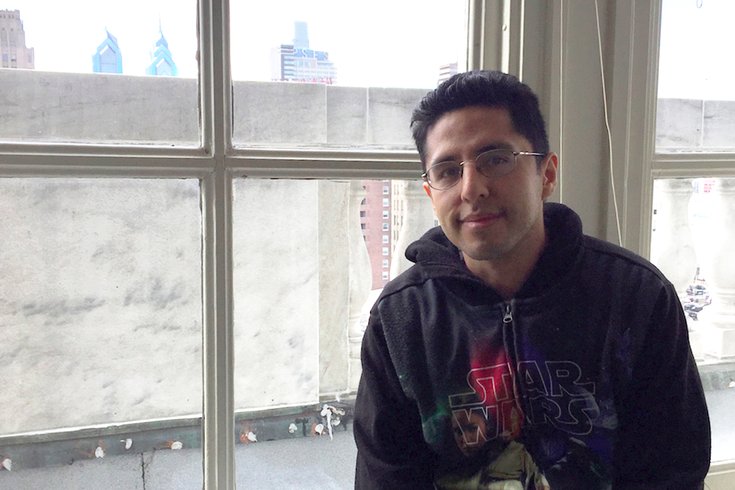 Rogelio Gonzalez, star of "Dancin' on Air" and "Saturday Morning Fever," stopped by PhillyVoice to talk about his season on a reality-television show and more.

Over the past five weeks of reality-television immersion, PhillyVoice has followed the ups and downs of cast members on “Saturday Morning Fever,” the Fuse TV docuseries that takes viewers behind the scenes of local mainstay “Dancin’ on Air.”

Among the plotline’s main characters is Rogelio Gonzalez, the 30-year-old Upper Merion High grad and dancing machine who found himself courting a castmate, filming scenes for an upcoming film in the Pine Barrens and putting his photography skills to use on a Center City balcony.

On Friday, Ro-Ro-Ro-Rogelio stopped by our offices to talk about his experiences on the small screen – notably, during the three weeks that the "SMF" cameras rolled – and what he’s looking forward to after Wednesday night’s season finale.

The person we met was true to the person we saw on the show: An energetic guy with a love for both performing and saying that he’s the human embodiment of the American dream. Here’s what the guy from King of Prussia had to say:

PhillyVoice: Take us back to the beginnings of both the show itself and your love of dancing.

Ro-Ro-Ro-Rogelio Gonzalez: I was born in Mexico City and got here 26 years ago. [When asked about the role immigration is playing in the ongoing presidential campaign, he noted he doesn’t pay much attention to politics].

The process for the show started about four years ago yesterday, Feb. 25, 2012. It was a winter day. It was actually hailing outside that day. I said, ‘You know what: Snow isn’t going to stop Ro-Ro-Ro Rogelio.’ I went outside my apartment and ran like Rocky in ‘Rocky IV,’ got off at the Manayunk stop and gave them one hell of an audition for ‘Dancin’ on Air’ at The Bayou.

"I’m a real life 'Rocky.' I love the lights, camera, action. I’ve been wanting to do that for a very long time and came into this very lucky opportunity, so I’m going to take full advantage of it." -- Rogelio Gonzalez, 'Saturday Morning Fever'

Believe it or not, I was the very last one in line. I guess they saved the best for last, man! I made sure everybody in that room knew exactly who I was. I think I did exactly that. Everybody was asking me for my information when I went outside.

It developed through the years after the hard work and training that I’d done. At that point, I’d been dancing for about 15 years. With 15 years under my belt, I felt like I had to unleash the beast on the world, to show everybody what I had, so that’s exactly what I did.

I was actually lucky enough that I saw the cast listing for that initial audition on my dance teacher’s Facebook page. I said, ‘You know what, I’m going to see what this is.’ That’s why I went out to Manayunk, and here I am four years later.

PV: What lessons have you learned from being part of ‘Saturday Morning Fever’?

RRRRG [laughs]: I found that, honestly, some people aren’t who they show themselves to be at times. For instance, Marissa [Rivera]. She likes to put on a pretty little face, but once the cameras are on her, all you see is this fiery Latina that’s coming out to get me, who wants to cut off my, well, you saw the episode. We’d met four years ago. We’re pretty good friends. I wouldn’t send her a Christmas card or anything like that. It just goes to show you what happens when the camera lights turn on. I guess the truth comes out.

PV: What’s it like for you when the lights turn on?

RRRRG: The adrenaline starts pumping. That’s why you see me doing the ‘boxer’s shuffle’ in pretty much every episode. Once again, I’m a real life 'Rocky.' I love the lights, camera, action. I’ve been wanting to do that for a very long time and came into this very lucky opportunity, so I’m going to take full advantage of it. 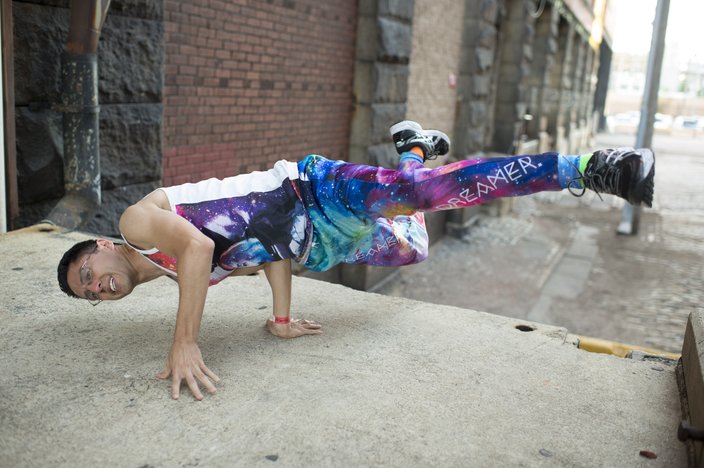 PV: What do you do besides dance?

RRRRG: I’m into filmmaking. I did my own film last year. It’s called 'Changes,' and it’s about some things I’ve been through, some real-life situations.

I like to draw as well in my spare time. I just like making people smile, make them happy telling jokes, you know? I don’t like to see people down, because I’ve been in that position before for a very long time, actually about [ex-girlfriends], the usual. Ex's and O’s. I'm so happy to be past that.

I’m on national TV and not many people can say that. Who knows, maybe some of my exes are looking at me and saying, ‘Damn. I messed up.’ [laughs]

PV: What aren’t we seeing on the show?

RRRRG: I just wish [the] show was longer to create a more continuous story. We only have about 20 minutes each episode after commercials, and they have to jam so much into it, but what you are seeing is authentic. Marissa and I weren’t the best of friends.

[Referring to last week’s episode involving a video shoot for Tina DeCara’s song] At the first audition for the video, I was so down and out. I was tired that day, wanted nothing to do with the world that day. Ro-Ro-Ro just wanted to get the hell away.

So yeah, the show was authentic to that whole process. They really did cut me [from the video] for a little bit. Same with Jesse [Stearn]. That was all legitimate right there: We learned on the spot that day that he didn’t want to be a part of the process. I kind of knew that was coming since I know how some people operate. I just know how everybody operates in front of the camera and off, so it really wasn’t a surprise.

I figured [my relationship with DeCara] would be an underlying theme through [the] whole series and honestly don’t mind. I’m thankful that I had my name in two of the episode titles. No one else on the show can say that.

Here’s this guy from Mexico coming over. I am the American dream, right in front of you. To anyone reading this, I want you to know that you really can make anything and everything happen. Back in the day, I really wasn’t the smartest, I wasn’t the fastest, I wasn’t the best dancer, but you know what? I worked, studied so I was on the dean’s list every semester at Montgomery County Community College. I studied marketing at first, but then halfway through the semester, I learned they instituted a dance program there. I have to do this. This is me. This is what I want to do with my life. So, I switched majors my second year there.

PV: What do you hope the future will hold for you?

With that being said, I don’t know how many years I have ahead of me with this dance career, so I’m always looking toward the future. That’s why I started doing photography. Hopefully, that can supplement my dancing down the line. And acting, I love acting, especially in the past couple years and since the show started airing. I have so many people who want to work with me.

I got to be in 'Silver Linings Playbook,' right next to Bradley Cooper in the tailgating scene. The awkward thing about that was that I was in green paint on my face, on my body. Here I am meeting this huge celebrity, and I’m looking like an alien. It was basically E.T. meeting Bradley Cooper!

['Saturday Morning Fever'] is the biggest story in my career so far, the fact that I’m a main character on a national TV show in a country that I wasn’t even born in.

PV: Do you get recognized when you’re out and about now?

RRRRG: I was at an acting event at Dave and Buster’s last week and I did get recognized there, but no, not really. I don’t really care to, either. That’s what the hoodies are for. I told my friends I really care to be a celebrity. To me, it’s my job to make some good come from this, to light a fire under some people.

If there’s no second season, I have a whole lot of acting gigs, so I’ll go full force in that and give it my all. Hopefully, I can make my name in that as well as I made my name dancing in a reality TV show.

PV: Is it difficult putting your romantic life out there like you have on the show?

RRRRG: It was a little uncomfortable at times. [Tina] and I really did have a connection; we talk all the time, we just talked the other night. There was a very strong connection as soon as we met. This girl really has a personality, and those are the kind of people I gravitate toward. I don’t like to go out with “basic b’s.”

PV: Anything else you want to share with us, Ro-Ro-Ro?

RRRRG: Well, I’m in a trailer for 'Super Plumber Brothers' that just came out yesterday.

Make sure you tune in Wednesday night to find out if Ro-Ro-Ro Rogelio gets put in the friend zone or end zone, baby!