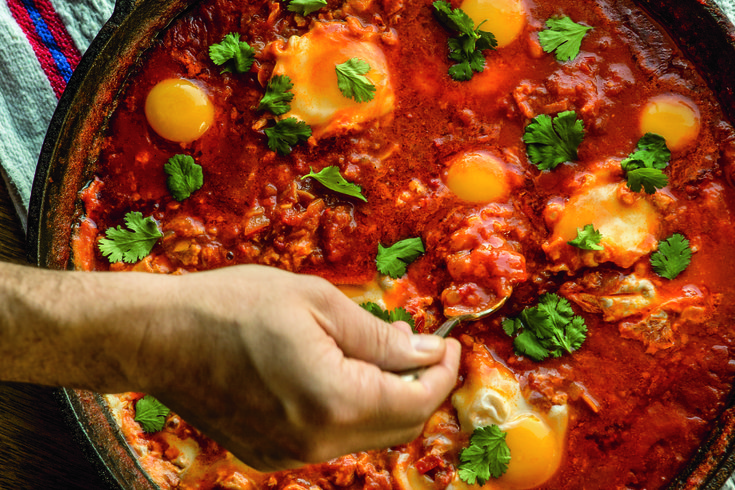 Photograph from "Zahav: A World of Israeli Cooking," by Michael Solomonov and Steven Cook. Photography copyright ©2015 by Michael Persico. Used by permission of Houghton Mifflin Harcourt. All rights reserved.

Philadelphia chefs and restaurants are in the running to get an award that calls itself the "Oscars of the food world."

Both Rich Landau, from Vedge, and Greg Vernick, of Vernick Food & Drink, are in the running for Best Chef: Mid-Atlantic.

Stephen Starr, of Starr Restaurants – including Barclay Prime, Parc, The Continental and more – was nominated for Outstanding Restaurateur.

The James Beard Foundation announced its semifinalists back in February.

Ahmir "Questlove" Thompson, The Roots drummer who hails from the City of Brotherly Love, was also featured on the list.

Questlove was given a nomination in the organization's Nonfiction category for "Something to Food About: Exploring Creativity with Innovative Chefs."

The book, released last April, explores conversations with 10 chefs from across the nation.

It's a first for Questlove, and he wasn't afraid to show his excitement in an Instagram post Wednesday.

"Wow man, who knew being a fly on the wall watching others work and gathering life notes would lead to this?" he said.

Winners will be announced during ceremonies in New York City on April 25 and in Chicago on May 1.