Writer and performer Christine Davis alleges that the hit sitcom is a rip off of her 2018 TV script, which she says was pitched to Hulu in July 2020 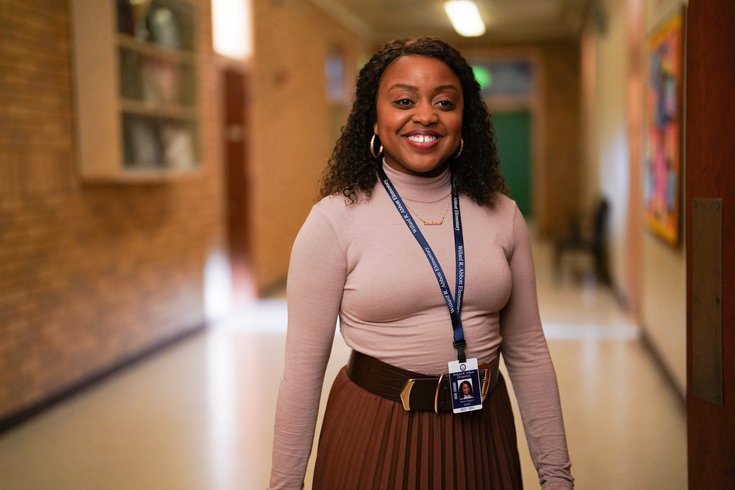 Quinta Brunson and ABC are being sued for alleged copyright infringement for 'Abbott Elementary,' the hit network sitcom that recently earned seven Emmy nominations. Writer and performer Christine Davis alleges that the show is a rip off of a TV script she wrote in 2018.

Just one day after her historic Emmy nominations, Quinta Brunson and ABC are being sued for alleged copyright infringement over "Abbott Elementary."

In court documents originally obtained by Radar Online last week, writer and performer Christine Davis alleges that the hit ABC sitcom is a rip off of her show, "This School Year," which she wrote in 2018. Davis' show also takes place in an inner city public school (this time in New York City) with a young, progressive teacher aiming for reforms. It also uses the same mockumentary format as "Abbott Elementary."

After writing the script, Davis said that she registered the show with the United States Copyright Office in March 2020, and pitched it to two women at Blue Park Productions in July 2020. Shavon Sullivan Wright and Cherisse Parks told Davis during that initial meeting that ABC and Hulu (both owned by Disney) were looking for Black, female-led comedies.

The two executives took Davis' show idea to Hulu, but nothing materialized. In September 2020, Davis said "Abbott Elementary" began shooting with Brunson as the lead and creator. It later premiered in December 2021, with largely favorable reviews, and has since become one of ABC's most popular new shows.

The writer is demanding that ABC and Brunson pay back the profits they have made from "Abbott Elementary" since its initial premiere.

Neither ABC nor Brunson have publicly responded to the lawsuit, though Brunson has previously discussed her plans to quit TV before "Abbott Elementary" was picked up by ABC.

Though she has largely downplayed the impact that the show has had on the revival of network sitcoms, the show's first season brought some major ratings accolades for the network, and rave reviews from critics and audiences alike, particularly those who work in education.

Crying shaking and throwing up has new meaning to me because I real life did all three.

Still speechless. Congrats to the entire staff and cast of Abbott Elementary. And I want to share this moment with all of the people who watch and love the show. Emmy nominated, baby!

The West Philadelphia native and Temple University graduate was recently honored at the Time100 gala as one of this year's most influential people. Fellow Philadelphia natives Ahmir "Questlove" Thompson and Jazmine Sullivan were also recognized.