The Greater Philadelphia Film Office praised the decision, noting that the tax credit will attract business to the state 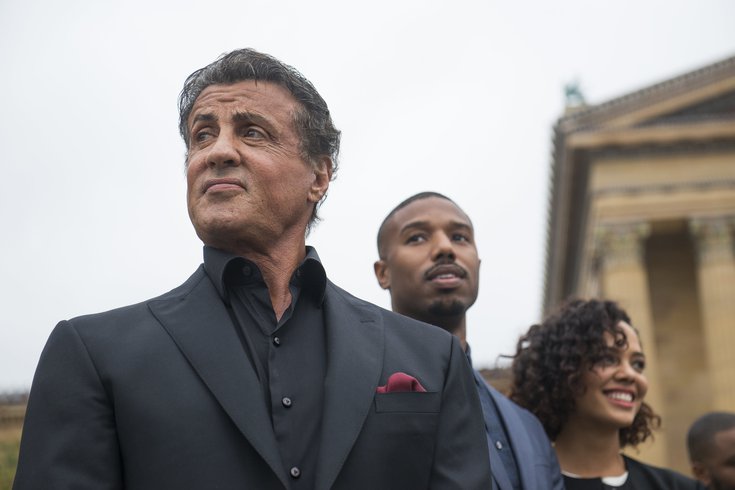 Pennsylvania's film industry received a $30 million boost as part of the delayed $42.8 billion state budget approved last week. It raises the film tax credit program to $100 million, with $5 million carved out for independent film production in the state.

Pennsylvania's film industry just got a major funding boost as part of the delayed $42.8 billion state budget that was approved last week.

Despite efforts from lawmakers, Pennsylvania's film tax credit has remained capped at $70 million for years. The new budget provides an additional $30 million to the incentive, raising the total tax credit to $100 million.

Several state legislators from the Film Industry Caucus have proposed increases to the film incentive, noting that producers are more willing to go to states that bring them the largest benefit for their investment. States like New Jersey have recently expanded their own film production tax credit programs as a way to make their cities a prime location for productions.

"Film production has economic effects that go beyond the industry," Ciresi said last year. "Local retailers, restaurants, hotels and other businesses that provide products and services during production benefit, while there are also potential long-term tourism benefits as sites can turn into cultural landmarks."

While the $30 million boost is not as hefty as some other proposals, it's still being praised by film organizations in both Pittsburgh and Philadelphia as a way to bring businesses into the state who would otherwise go elsewhere, providing them with much larger incentives.

The Greater Philadelphia Film Office responded to the tax credit boost on Monday, remarking that the enhancement will encourage more eligible film producers to bring their projects to southeastern Pennsylvania and other parts of the state.

"It's wonderful news," said Sharon Pinkenson, director of GPFO. "Film productions go where they can get the most bang for their buck, which is why tax credits are a vital part of film production attraction. It (the tax credit increase) will also create more family-sustaining jobs for our local crew, actors, and vendors."

Many lawmakers and lobbyists still hope that the state can further increase its film tax credit in the coming years. In particular, the Pennsylvania Film Industry Association is an advocacy group that has been working to lobby state lawmakers for a $125 million total tax credit.

David Haddad, chair of the advocacy group, told the Pittsburgh Post-Gazette that the $125 million cap was based on a calculation made by the organization in order to attract enough production for a full year of work. The original cap accounted for about six months of work, and Haddad said that the $100 million cap will buy productions about nine months worth of work each year.

"Our unique region has attracted the attention of many independent filmmakers over the years, whom we're always happy to host," said Joan Bressler, director of GPFO's filmmakers and programming. "But we're most excited because this carve-out from the main tax credit program gives our incredibly talented local filmmakers a better chance to finance their own projects."

In his digital newsletter, Sen. Jay Costa expressed his gratitude to the state for increasing the film tax credit as part of the new budget.

"This investment is going to attract movie and TV productions alike to our region and stimulate local economies," Costa wrote. "Not only is this a win for those who work directly in the entertainment and production space, but it's also a boon for the businesses that will reap the benefits of national and worldwide productions using their towns and neighborhoods as a home base."

Philadelphia and the surrounding region is no stranger to the film industry. In fact, two of the cities most popular tourist attractions are the product of a popular film franchise set on the streets of the city. Both the Rocky statue and the "Rocky Steps" at the Philadelphia Art Museum see a near-constant flow of visitors each day.

When the film franchise was revived with "Creed" in 2015, the streets of Philadelphia were once again the focus of the popular sports film.

Most recently, Adam Sandler was spotted throughout the region (particularly in parts of Manayunk, South Philly, Camden, and Montgomery County) while filming his latest film, "Hustle." The sports film premiered on Netflix in June, and was met with widespread praise from critics and audiences alike.

M. Night Shyamalan, the filmmaker native to the Philadelphia suburbs, has filmed many of his popular projects in Philadelphia, including "Unbreakable," "The Sixth Sense," Apple TV's "Servant," and most recently, "Knock at the Cabin," which is slated for release in February 2023.