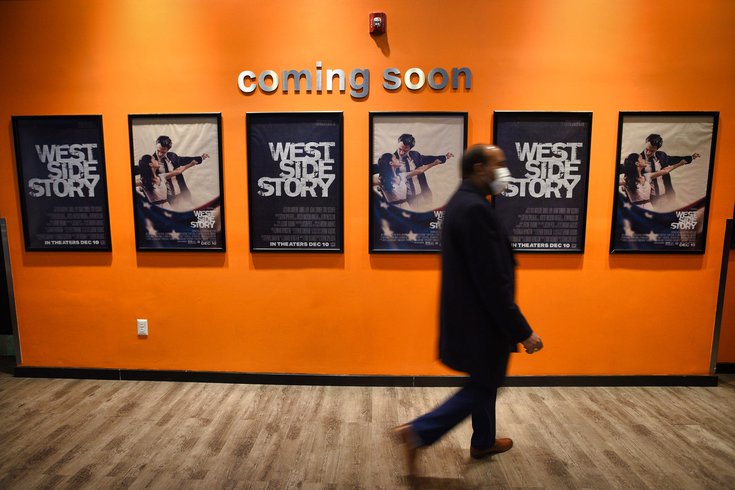 The South Jersey Film Cooperative is a partnership between Gloucester and Camden counties aiming to promote New Jersey as a popular destination for film production.

Camden and Gloucester counties are aiming to make South Jersey a major destination for film production by marketing the area to crews who are looking to cash in on a recently expanded state tax credit.

Commissioners from the two counties met on Monday night to reveal the South Jersey Film Office Cooperative, which plans to be a one-stop shop for film production. The office will also work with the state's Economic Development Authority and Motion Picture and TV Commission to build infrastructure like sound stages and other facilities.

The effort is fueled by the Film and Media Tax Credit Program, which was passed in 2018 and received a boost in January from Gov. Phil Murphy.

The credit offers a reimbursement for up to 35% of qualified production costs incurred in South Jersey and 30% for the rest of the state. Everything from production design, compensation for employees, mobile meal services, props, and music are eligible for reimbursement.

The January expansion also provided an increase in the limit of the credit, from $10 million to $30 million. Advocates for the legislation said that the expansion could bring large-scale revenue to the state, particularly in parts of South Jersey.

The state's Office of Legislative Services challenged the assertion, claiming in part that the tax credit could reduce state revenue by up to $20 million annually. State officials said in October that film spending was expected to exceed $500 million in 2021, largely due to film and television projects like "Wu-Tang: An American Saga" and "The Equalizer."

"Filmmakers have always been intensely interested in filming in New Jersey," Steven Gorelick, executive director of the state Motion Picture and TV Commission told NJ.com. "Utilizing resources that we have available — crew members, actors, producers, you name it, they all live here. You don't have to bring them in. That's a huge advantage."

The South Jersey Film Office provides contact information for location scouting around the state with an expansive list of locations, including specific sites in Camden and Gloucester counties.

One section is filled with what the cooperative calls "unique locations," featuring the Camden County Boathouse, Hollybush Mansion in Glassboro, Gloucester County, and Atco Raceway in Camden County.

"We are always looking for ways to bring new employment and economic opportunities to Camden County and the South Jersey Film Cooperative is one way to do that," said Louis Cappelli, director of Camden County commissioners. "Camden County has a unique geography that can serve as the setting to a variety of film projects. Whether it's the urban backdrop on the Delaware River or the rural terrain in the Pine Barrens, Camden County has much to offer and we're overjoyed to embark on this new venture."

Along with location scouting, the office is set to provide a list of resources and contacts for local talent and other crew members to join film productions.

Gov. Murphy was recently presented with an award from the Motion Picture Association for his support of the film and TV industry, particularly following the expansion of the tax credit program. In his acceptance speech for the "Champion Award," he remarked that 57,000 New Jerseyans have jobs supported by the industry.

"I'm grateful to the MPA for highlighting the work we have done to make New Jersey a top destination for some of the country's most significant TV and film productions," Murphy said in March. "Those productions are shovel-ready projects that create good jobs and drive economic growth across the state."

New Jersey has seen a surge in film and television production since the tax break was established. Camden is among the locations that will be featured in Adam Sandler's newest film, "Hustle," which will premiere on Netflix on June 10.

A shot of a 76ers training facility was featured in the trailer, as well as several spots throughout Philadelphia and its suburbs.

Portions of Steven Speilberg's "West Side Story" adaptation were filmed in Paterson, Passaic County, as was the CBS drama "The Equalizer." There are currently 10 active film projects in the state, including M. Night Shyamalan's "Knock At The Cabin," which will begin production in Burlington County in May, according to the state Motion Picture and Television Commission.