Later this week, Saturn will be visible in the skies next to the moon 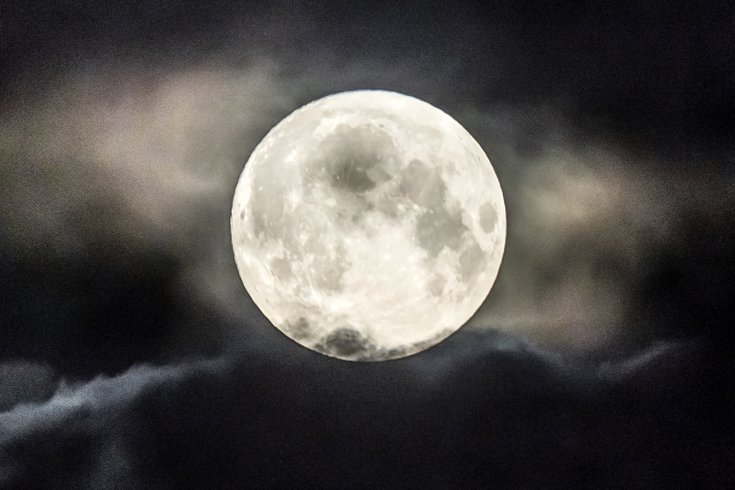 July's full 'supermoon' will be the biggest and brightest of the year on Wednesday, July 13. 'Supermoons' occur when the moon gets at its closest points to Earth, according to astronomers. June and August's full moons are also 'supermoons' this year.

One of the biggest and brightest full moons of the year will be visible Wednesday night.

The moon will be at its closest point to Earth this year – just slightly more than 222,000 miles away. This so-called "supermoon" will appear 14% larger and 30% brighter than a typical full moon, according to Space.com.

Though the full moon reaches its peak at 2:38 p.m. Wednesday, it will still appear bright and full as the sun sets. It will reach 98% fullness on Tuesday night, and will still appear mostly full and bright on Thursday night, in case stargazers want to check it out on a different night.

The term "supermoon" is up for some debate among experts. It was first defined by astrologer Richard Nolle in 1979 as a full moon that occurs when the moon is at its closest points to Earth in a given year. Depending on the average distance, some experts believe there are a larger or smaller amount of supermoons in a given year.

"Supermoons only happen three to four times a year and always happen consecutively," according to NASA. Though the difference between a regular full moon and a supermoon may be difficult to discern with the naked eye, it does have an impact on Earth, as the full moon is known to impact coastal tides.

The difference can be seen much easier by using a telescope or in photographs, Gianluca Masi, an astronomer with the Virtual Telescope Project, told Newsweek. Placed next to one another, a photo of a supermoon is bound to look larger than that of a typical full moon.

Each month's full moon was named by the Native American Algonquin tribe to describe the season and time of year that the moon phase occurs, so it's no surprise that this month's full moon has a slew of monikers. Most notably, July's full moon is known as either the "buck moon" or "thunder moon."

After Wednesday's full moon, Saturn will appear next to the moon — in its waning gibbous phase — on Friday night into Saturday morning. Just after 10:30 p.m. Friday, Saturn will be six degrees above the moon, according to NASA.

Though it will still be visible in the early hours of Saturday morning, it will be easiest to see Friday night.

June's full "strawberry moon" was also a supermoon, and August's "sturgeon moon" will be a supermoon, coinciding with a Perseid meteor shower between Aug. 11-12.

The Perseids will be active beginning Thursday, July 14 through Aug. 24, though they will be most easily visible during when they peak in mid-August, according to NASA.

After this summer, a supermoon will not rise again until Sept. 18, 2024, according to Accuweather.