The COVID-19 pandemic has made it tougher to quit smoking

Call volume at quitlines has dropped precipitously. And cigarette manufacturers have reversed years of sale declines 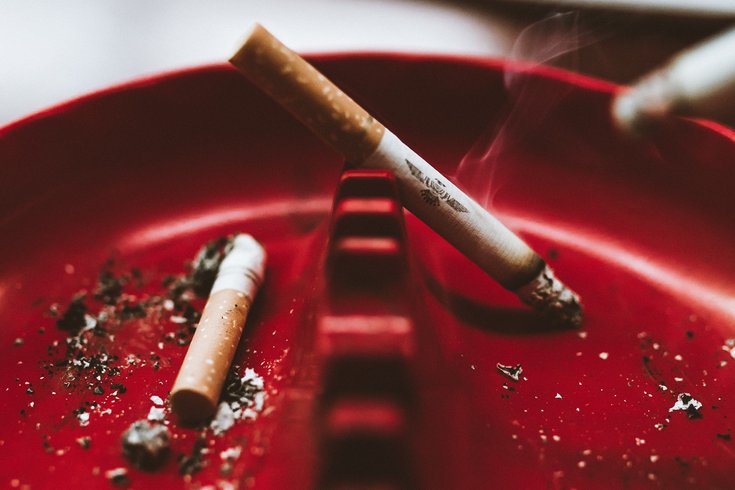 Cigarette sales rose by 1% during the first 10 months of 2020, according to U.S. Treasury Department data.

The health dangers of smoking cigarettes have been well-documented and, to a large extent, that message has been well-received. The percentage of Americans who smoke has been dropping for decades.

Yet, that trend appears to have taken a hit last year.

The COVID-19 pandemic has prompted a substantial drop-off in the number of people seeking to quit smoking, new data suggests. And cigarettes sales have essentially flatlined in 2020 after years of steady declines.

A national portal, 1-800-QUIT-NOW, that connects callers to local quitlines experienced a 27% drop in call volume in 2020, according to an analysis conducted by the nonprofit North American Quitline Consortium.

"Quitting smoking is one of the most difficult things a person can do, and it's hard to quit when everything is going well in life," Linda Bailey, CEO of the North American Quitline Consortium, told The Washington Post.

The biggest drop occurred early in the pandemic. Calls fell by 39% from April through June, a period when many states had imposed lockdowns in response to the public health crisis. Calls continued to decline by substantial amounts throughout the remainder of the year.

The people who called into the portal sought more emotional support and seemed less confident that they could quit than in past years, Bailey said. Former smokers also call with concerns that they would relapse.

At the same time, cigarette sales rose by 1% during the first 10 months of the year, according to U.S. Treasury Department data. Prior to that, cigarette sales had declined by 4-5% each year since 2015.

That change may be the result of the pandemic making it easier for people to smoke, a Bloomberg business columnist suggested. With people stuck at home, they no longer needed to leave the office to smoke. And some may have had more discretionary income to spend on cigarettes.

Another possible contributing factor: a shift from vaping. The percentage of high school students who vape dropped for the first time in 2020, falling from 27.5% in 2019 to 19.6%, according to the CDC.

In a news conference last week, Bailey and other experts emphasized that smoking cessation needs to be a priority — even in a pandemic — and that health professionals need to increase access to tobacco cessation programs.

According to the CDC, cigarettes cause more than 480,000 deaths a year. Smoking is the leading cause of preventable disease, disability and death in the U.S. It harms almost every organ in the body, increasing the risk of heart disease, stroke and cancer. And it's considered a risk factor for severe COVID-19.

It is not all doom and gloom though. Some forecasters believe cigarette smoking will be virtually non-existent in the U.S., Australia, some parts of Europe and much of Latin America by 2050. That's based on a decades-long downward trend continuing.

The analysis, conducted by Citigroup Inc., found that the number of children currently smoking has declined by almost 75% in the last 20 years, and cigarette volumes have been consistently declining for decades.