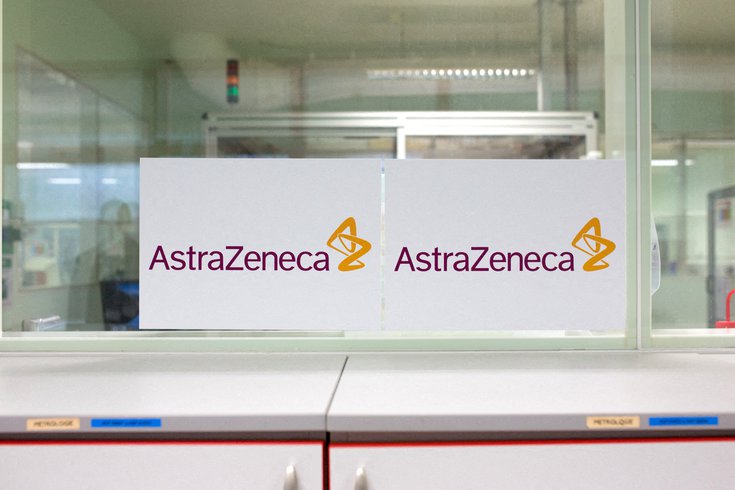 The results of the U.S. trial may help address potential safety concerns reported in other countries that have already authorized AstraZeneca's COVID-19 vaccine.

Germany, Italy and France became the latest countries to temporarily halt the use of the COVID-19 vaccine developed by AstraZeneca and the University of Oxford, citing concerns about blood clots on Monday.

Ireland and the Netherlands also paused its use over the weekend, joining a list that includes Denmark, Norway, Iceland, Thailand and Bulgaria.

The cause of concern are reports of younger people developing a bluish-colored rash — a sign of reduced blood platelet counts — and bleeding under the skin after receiving the vaccine.

The suspensions are occurring as AstraZeneca reportedly draws closer to seeking emergency authorization in the United States. AstraZeneca said it will have enough efficacy data later this month or in early April to submit its vaccine to the U.S. Food and Drug Administration. The U.S. has agreed to buy 300 million doses.

The results of the U.S. trial may help address the potential safety concerns. The World Health Organization has said the vaccine is not linked to increased risk of blood clots. But many countries have rejected its recommendations to continue using the vaccine.

Ireland and the Netherlands suspended the vaccine's use after the Norwegian Medicines Agency was notified over the weekend of several adverse outcomes, including a death from a brain hemorrhage that followed vaccination. The Netherlands chose to halt vaccinations until March 29.

"The crucial question is whether it concerns complaints after vaccination or caused by vaccination," Dutch Health Minister Hugo de Jonge said in a statement.

"There should be no doubt about the vaccine. I think it is very important that the reports are properly investigated. We must always err on the side of caution, which is why it is wise to press the pause button now as a precaution. I rely entirely on our experts for this."

Three more European countries followed suit Monday. France said it would stop the vaccine's use until the European Medicines Agency concludes an investigation seeking to determine whether the adverse outcomes resulted from the vaccine or other factors.

South Africa previously paused its AstraZeneca vaccine rollout in February, but that was due to the vaccine's weakened performance against a coronavirus variant identified there.

An earlier University of Oxford study found that the AstraZeneca-Oxford vaccine is 76% effective after a single dose and 82.4% effective when a booster shot is administered more than 12 weeks later. Research also suggests that it has the ability to reduce transmission of the coronavirus.