A lack of willpower is a common barrier to healthy changes, but it's a trait that can be learned 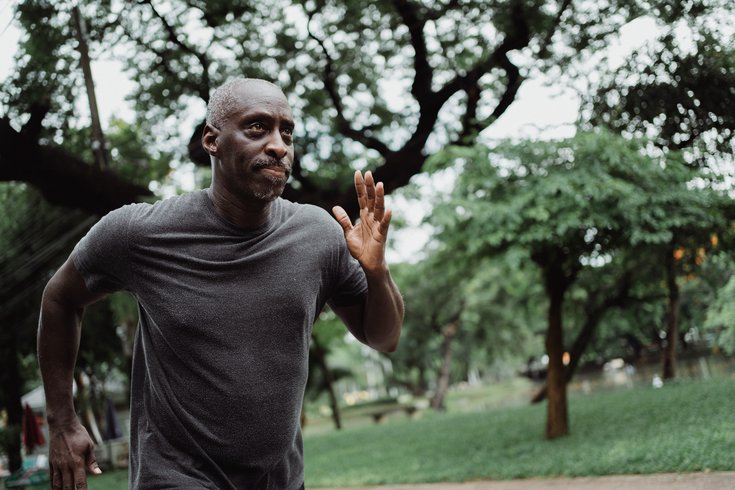 Grit, a combination of passion and perseverance, is a huge behavioral asset that enables healthy lifestyle changes.

As we age, we become all too familiar with the downsides of losing our youth. But what if there was an advantage to aging, one that could give us a significant edge in fighting the onslaught of Mother Nature and accomplishing our most important goals?

In my book, "Crack The Code: 10 Proven Secrets that Motivate Healthy Behavior and Inspire Fulfillment in Men Over 50," I reference a number of psychological theories to create the foundation for the motivational model of healthy behavior I advocate.

One of the most inspiring comes from Angela Duckworth, a professor of psychology at the University of Pennsylvania and a 2013 recipient of the prestigious MacArthur Award. Her work is largely focused on advancing scientific insights that help children thrive, but I found an important message that brought a huge smile to my face in her book "Grit," a New York Times Bestseller.

Duckworth used grit as a means to capture the behavioral qualities of high achievers that she characterized as a combination of passion and perseverance. When I first read "Grit" in 2016, what jumped off the page at me was Duckworth’s revelation that the grittiest adults in her studies were in their late 60s and older. Yes, grit, it seems, grows as we mature. It's what Duckworth cites as the maturity principle. A function of life experience and the development of the psychological assets of interest, capacity to practice, purpose and hope.

My own experience and the research I conducted on healthy-behaving, 50-plus men aligned with her message. Intuitively, it makes sense that our vision of the future will get clearer as we see our lives unfold and life’s priorities crystalize with the coming of grandchildren, encore careers and the perspective earned through experience.

This combination can create the drive and disciple that produces grit, and, for this men’s health advocate, the motivation to sustain a healthy lifestyle. But what do others think about Duckworth’s theory? Is there consensus that aging adults have the tenacity to achieve all that life has to offer?

Much research has been conducted on the topic of willpower and self-control. According to the American Psychological Association, willpower is the ability to resist short-term temptations in order to meet long-term goals. Put another way, delaying gratification for a specific purpose. Surveys conducted by APA revealed that a lack of willpower was the most significant barrier to change, but that willpower is something that can be learned — a point noted by Duckworth.

If there is any debate among researchers, it seems to center on the amount of willpower that people have, and whether willpower is ever exhausted. Many believe that the right motivation allows people to tap into one’s willpower reserves and persevere even when self-control strength has been run down.

Research referenced by the National Center for Biotechnology Information examined age-related differences in what people believe about their capacity to exert self-control (willpower), whether it is a limited or a nonlimited resource, and how it affects their self-regulation and well-being.

One study showed that older people are more likely to believe that willpower is a nonlimited resource. A second study replicated this finding and showed that age and a nonlimited willpower theory are related to perceived autonomy on demanding tasks (i.e., sense of self-determination). A third study provided evidence for a causal effect of perceived autonomy on self-control-beliefs. Another endorsement for increasing grit as we age.

It all makes sense. We live life. Suffer the consequences of poor decisions and cherish the memories of our accomplishments. We change behavior based on our lessons learned.

So how can a 50-plus man leverage his inner grit, willpower or self-control?

Columbia University psychologists Janet Metcalfe and Walter Mischel created a two-system "know and go" framework that describes how you can enable or undermine your self-control or willpower.

Under their cool or "know" system, you take a cognitive approach to your decisions where you remain emotionally neutral and strategic. You reflect on the reasons why you should put down the donut. It supports self-regulation and self-control. Their hot or "go" system is based on emotion and impulse to certain triggers without consideration of the long-term implications. It undermines self-control.

According to Metcalfe and Mischel, the balance between the hot and cool systems is determined by stress, developmental level and an individual's self-regulatory dynamics. Consistent with the maturity principle and the lived experience, older men should have a jump-start at the cool system, particularly in view of studies that show how older adults are better positioned to handle stress.

Researchers at the University of California, Berkley, believe that older adults may be better able to deal with negative emotions like anger and anxiety. In a study, older adults were less likely than younger adults to feel angry and anxious in their everyday lives, as well as when they were asked to perform a stressful task.

In addition, older adults scored higher on a test designed to measure how well participants accept their negative emotions. The researchers call this trait "acceptance," or a tendency to be in touch with, rather than avoid, negative emotions. The results may explain a paradox that's been seen in many other studies — despite declines in physical and mental health, older adults are happier than young or middle-age adults.

The presence of grit and other forms of self-control in older people is a huge behavioral asset, particularly when we consider that our behavior is the primary influence on our health. Self-control that enables healthy behavior and a longer and more active life is challenged by a society dominated by the marketing of unhealthy foods and unduly large portion sizes, and where sedentary behavior is often the default option, according to Harvard University.

We’re losing the battle. Despite the advantage outlined by Duckworth and others, older Americans do not seem to be utilizing their inherent mental strength when it comes to their health. According to a report in Health Affairs, nearly 80% of Americans reach their 50s having smoked cigarettes, been obese, or both. How can you defeat the enemies of self-control?

Use some form of willpower every day, whether through diet, exercise or some other healthy behavior. Think cool, not hot. Turn your practices into habits. Repetition combined with a focus on the long-term builds a lifestyle. The grit is there inside of you. Bring it out.