The fast food chain, known for its chicken fingers, plans to add two restaurants in Bucks County and another in the city by the end of the year 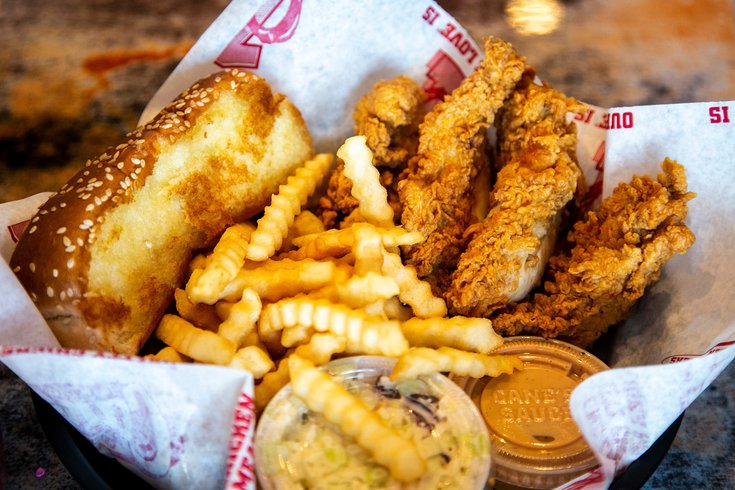 More than three months after Raising Cane's opened its first Philadelphia location in University City, there's often still a line out the door.

Now, the popular fast food chain – known for its menu of chicken fingers, fries, coleslaw and Texas toast – is adding a store next to Temple University's campus.

By the end of the year, Raising Cane's also plans to add a restaurant in Southwest Philadelphia and two in Bucks County – in Fairless Hills and Trevose.

But what makes Raising Cane's so special? The company's co-founder Todd Graves told Mashed that it comes down to the quality of its chicken.

"It gets down to a lot of specifics on breeds and all that good stuff, just to have the best, most flavorful chicken," Graves said.

The company only uses chicken breast tenderloins, which are brined for 24 hours so they stay juicy when they're hand-battered, breaded and fried.

"There was a lot of juicy chicken meat inside the tenders, something you don't always find with fast-food chicken tenders," Insider reported in a review earlier this year. "Though the inside was moist, the outer shell of the chicken tenders had the perfect amount of crispiness and crunch."

The chain's limited menu, which is smaller than competitors like Popeye's or Chik-fil-A, allows Raising Cane's to maintain a high level of quality control.

Last month, the chain spent $200,000 buying Mega Millions lottery tickets for each of its 50,000 employees, the Washington Post reported. If one of the employees had won the $1.1 billion jackpot, the money would have been split among all Raising Cane's workers. Each employee would have received about $13,000.

Although some criticized the chain for not just giving the money directly to its employees, co-CEO A.J. Kumaran said the effort was a way to teambuild and raise spirits in a trying time.

"I hear from our crew members all the time, and things are really tough out there," he told the Washington Post. "Whether they're pumping gas or buying groceries, they're feeling it and it's hard. So this was an opportunity to have fun but at the same time, hopefully make a little bit of extra money for our people."