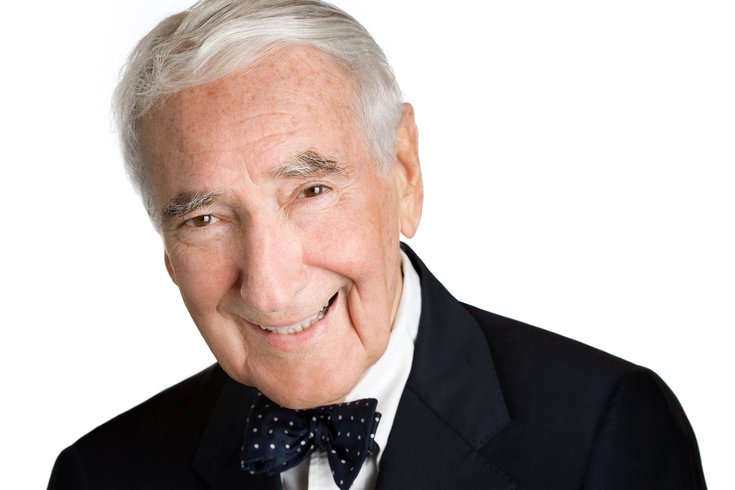 Ralph J. Roberts, the man who founded Comcast Corp. with the purchase of a 1,200-subscriber cable television system in Tupelo, Mississippi in 1963, died Thursday night of natural causes in Philadelphia. He was 95.

In a statement to Comcast employees, his son, Brian L. Roberts, the chairman and chief executive officer, said Friday:

Ralph will long be remembered as a kind, generous, and humble man and he was an inspiration to us all.

We have all learned so much from Ralph, but perhaps the greatest lesson was the way he lived his life. He loved my mother and my entire family so much. He loved his work and all those who worked with him and for him. He was an icon, a mentor and friend to so many.

Ralph has been the heart and soul of Comcast for 50 years, and his integrity, honesty and respect for everyone around him will never be forgotten. He was the greatest influence in my life and a joy for me to work side by side with for over three decades. I speak for all of us when I say he will be greatly missed.

In a statement, Mayor Michael Nutter remembered the business visionary and family man.

“Ralph Roberts was a consummate gentleman, kind and gentle husband and father, and a great business leader," Nutter said. "Our city has lost a wonderful champion with his passing."

Roberts, who also served as chairman emeritus of the company’s board of directors, created a small, regional cable outfit that is now the largest cable and home Internet provider in the United States and the largest broadcasting and cable company in the world.

Comcast, a name Roberts coined from the words communications and broadcasting, was incorporated in 1969.

Before he founded Comcast, Roberts was president and CEO of Pioneer Industries, a leading men’s clothing accessories company, vice president of Muzak Corp. and an account executive with Aitken Kynett Advertising Agency, according to his company biography.

He graduated from the Wharton School of the University of Pennsylvania and served four years in the U.S. Navy. He also participated in continuing education programs at Harvard Business School.

Throughout his life, Roberts was involved in numerous community and civic activities, serving the boards of the Council of Emeritus Directors of the Philadelphia Orchestra and the Brandywine Museum and Conservancy, among others. Committed to the fight against cancer, he and his family helped establish the Roberts Proton Therapy Center at Penn Medicine in 2006.

Most recently, Roberts and his wife, Suzanne, received the Philadelphia Award to highlight their lifetime contributions to the city in business, philanthropy, and arts and culture.

Roberts is survived by Suzanne Roberts, his wife of over 70 years and an actress, director and host of Seeking Solutions with Suzanne.

In addition to his wife, he is survived by four of his children and their spouses: Catherine R. Clifton and Anthony A. Clifton, Lisa S. Roberts and David Seltzer, Ralph Roberts Jr. and Kim Roberts, Brian L. Roberts and Aileen K. Roberts and Diane Roberts, widow of Ralph and Suzanne’s son Douglas Roberts, who passed away in September 2011. He is also survived by his eight grandchildren.

The family will host a private service for the family, the company announced. A remembrance ceremony to celebrate Roberts' life will follow at a future date.