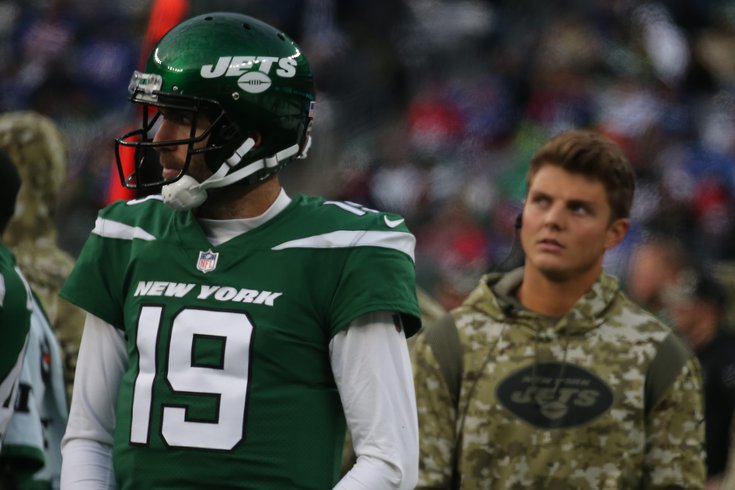 There were a few Philadelphia Eagles news items this week that probably aren't worth their own articles, but combined together are worth rounding up. So let's get to those, shall we?

As we've already noted several times since the Birds beat the Broncos on Sunday, the run game has been humming, as the Eagles have run for 632 yards and 6 TDs on 5.1 yards per carry during a span in which Sanders has been on injured reserve.

On Wednesday, the team started the clock on the 21-day practice window for Sanders' return, meaning that they can activate him from injured reserve any time between now and December 8. It's likely he'll be activated this week in advance of the Eagles' home matchup against the New Orleans Saints.

With Jordan Howard and Boston Scott running well, there were questions about whether Sanders should immediately be inserted right back in as the team's starting running back. Nick Sirianni answered that question clearly.

"If Miles is healthy and ready to go, he's our starter," Sirianni said.

To be determined how much playing time Sanders will have to share with the other backs.

According to Rich Cimini of ESPN, Flacco will start at home against the Dolphins this Sunday.

I'll respectfully disagree that Flacco is starting because he's some sort of wizard against a blitz-heavy team. Flacco's start against those very same Dolphins in 2020 was probably the most abysmal quarterback performance I watched all year, which is saying something for someone who covered the Eagles last year.

Whatever. What matters to this audience is what this means to the Eagles.

The Eagles traded Flacco to the Jets for a sixth-round pick (originally owned by the Buccaneers). That sixth-round pick can become a fifth-round pick if Flacco plays at least 50 percent of the snaps in four games in 2021. Since the Buccaneers will almost certainly have a late pick in each round and the Jets will have early picks, the difference could actually be somewhere in the ballpark of around 60 draft slots. You can go ahead and bookmark our Flacco tracker, thanks.

As such, the initial response was that this news was good for the Eagles. I'm not so sure. To begin, the odds remain low that Flacco will play at least 50 percent of the snaps in four games. Whenever Zach Wilson is back to 100 percent, he's going to play, and that's expected to be soon.

But also, it's not great that the Jets are now going to their fourth quarterback this season against the Dolphins, who, as you know, traded their 2022 first-round pick to the Eagles, and the more games they lose, the better. That's far more important than the possibility of a sixth-round pick maybe becoming a fifth-round pick.

For a hot second, original Jets QB2 Mike White looked like he might be a competent player, but after a brutal 0 TD, 4 INT performance against New England on Sunday, he proved otherwise. In my view, this is a bad development for the Eagles.

Darius Slay was named NFC Defensive Player of the Week