From the most to the least disappointing 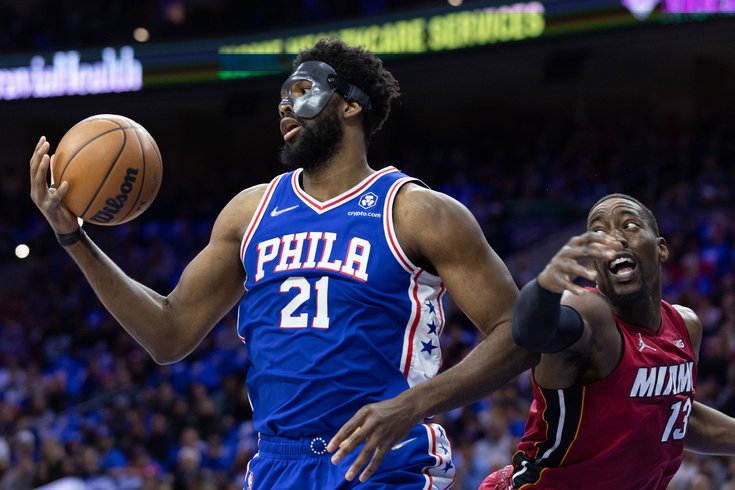 The dust has settled a bit since the Sixers were ousted in Game 6 by the Heat last week, continuing a streak now of 21 straight seasons — and 12 playoff appearances — without advancing beyond the second round.

It's ironic to think that the now infamous Process began because the Sixers ownership was desperately tired of being mediocre and simply a playoff participant instead of true contender. Nearly a decade later, the team is in the same place.

That's not to say there have not been close calls and devastating playoff exits. In each of the last five seasons, the Sixers carried expectations with them into the playoffs and none ended with anyone in Philadelphia feeling good. Which Process era playoff exit stings the most? Here's a ranking:

This was just a weird season all around. There was the big COVID break, the playoffs were in a bubble in Orlando, Ben Simmons was hurt, and Alec Burks averaged 10.5 points per game in a series that also saw Josh Richardson and Al Horford play starring roles in a four-game sweep that never really saw the Sixers get into things.

This one really didn't mean much and is the least impactful of their playoff losses.

This one had a lot of sting at the time, but it was the first Process playoff appearance and the team was just getting its footing as a wannabe contender. The Sixers had four double-digit scorers in their second round series, led by Joel Embiid. Dario Saric, J.J. Redick and Simmons each contributed, with Marco Belinelli coming off the bench and hitting more than a few leaning threes.

The Celtics were nothing special but Al Horford — who eventually became a Sixer briefly — was able to keep Embiid in check, shooting just 44 percent from the field over the five games.

Many expected the Sixers would build off this first exposure to postseason play, and they kind of did — as their most gut-wrenching loss was to come the following season.

Fresh in everyone's mind, many instantly declared the Sixers' six-game loss to Miami as their worst ever but that is probably an overstatement. James Harden, for all his faults, was still a new acquisition and hadn't had much time with his new team. The bench was godawful all season and anyone expecting that not to matter in the playoffs was imply naive. And Embiid — god bless him — played with a literal broken face and thumb.

The Sixers scratched and clawed back into what could have easily been a sweep and showed flashes of what their potential is, but there were not real expectations that a beat to hell Embiid (who should have been the 2021-22 NBA MVP) would really be able to run the table with this squad.

This seems like a lot longer ago than just over one year, but in Game 7 in the second round in 2021, Ben Simmons did this — and then basically quit on Philadelphia and the game of basketball:

Yes, there were more than three minutes left to play, but no single clip better captures Simmons' time in Philly than that one, that would lead to the Sixers faltering down the stretch and making an embarrassing exit after earning the No. 1 seed.

Adding insult to injury, the flood waters cleared giving the Sixers a path to a title with injuries in Brooklyn and seeing luck making it so the Sixers would only really need to face one true contender — the eventual champion Bucks — on their would-be Eastern Conference path. They pummeled the Wizards in the first round and Embiid was in top form against Atlanta, averaging 30.4 points, 12.7 rebounds, 3.9 assists and two blocks per game over the seven game stretch. Seth Curry was light's out in the series but he didn't get much help otherwise as Trae Young broke the Philly defense apart.

I will always remember the night of the penultimate episode "Game of Thrones." That's because it was also the night of the Sixers' Game 7 loss in Toronto that was much more dramatic and painful to watch than Daenerys Targaryen burning King's Landing to cinders.

The answer the question posed in the above video clip, yes — that was the dagger.

Jimmy Butler never played for the Sixers again as the front office opted to keep Tobias Harris and bring in Horford for whatever reason. That plan never worked out and Butler clearly was the missing piece and the correct player to put in tandem with an ever-improving Embiid.

The what-if's attached to this loss are almost endless. Could they have won the game in overtime? Would they have been able to handle the then inexperienced Bucks later in 2019? Was this their best chance to win a title with a healthy Embiid? Would things have played out differently with Simmons and his quitting on the city? Would Butler have remained in Philly longterm? Would The Process have won a title by now?

We'll never know, but things have never really been as optimistic as they were when the team went for broke bringing in Harris and Butler during the 2019 season.

The team is currently locked into Doc Rivers and Harden going forward. Are you feeling good about breaking the streak in 2023?