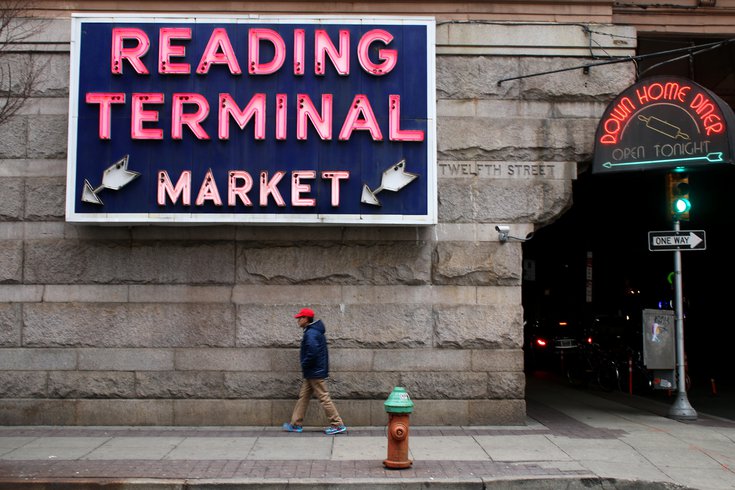 No arrests have been made yet in connection with the vandalism of Reading Terminal Market's exterior, according to police.

The exterior of Reading Terminal Market in Philadelphia was vandalized last Wednesday night, prompting the 128-year-old establishment to ask for the public's help with identifying and finding the perpetrator.

The market posted photos and video footage on its social media accounts of a person walking by the market along its Filbert Street side between 11th and 12th Streets spraying paint with a paint gun and carrying a red bag with white letters.

The person walking along the south side of the market was dressed in all black from head to toe, wearing a pair of black shoes and pants, as well as a black jacket and mask. The person's face is not very visible due to the mask and the jacket's hood.

The damage was discovered at the market Thursday morning, according to 6ABC. The Center City District has taken up cleaning the building, but the market said that they "still have a long way to go to restore the affected area."

It's estimated that damage to the building's windows and siding will cost thousands of dollars, according to the Inquirer. The vandalism comes as the market had recently updated its exterior and doors, as well as placed new window dressings around the entire building.

The market was about to start a new fundraising campaign and will now have to use some of the money raised to pay for the repairs.

No arrests have been made at this time, according to police. The investigation into the matter remains active and ongoing.

Anyone with information on who the person is or where they might be is asked to contact the market. Those who are able to provide the establishment with information will receive a $500 gift card to Reading Terminal Market.