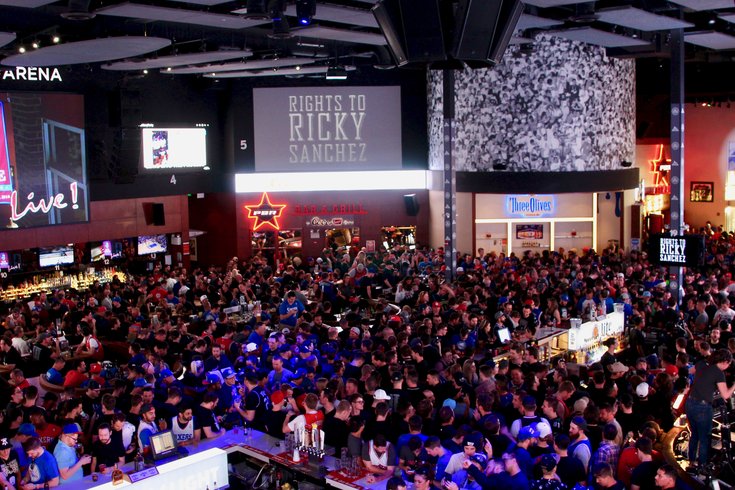 A funny thing – a few, actually – happened on the way to Sixers landing No. 3 pick.

If you hadn’t been paying attention, you might be confused as to why nearly 4,000 people were packed inside XFINITY Live! on Tuesday night. There were no games taking place at any of the three venues in South Philly, yet fans were tailgating in the sun-drenched parking lots that line Pattison Ave.

They were there to watch something taking place a couple hours north in Brooklyn, something that amounts to a guy reading a list of teams off a sheet of paper. But they were there. Sixers fans, by the thousands, including one who came all the way from Australia.

And these weren't just any Sixers fans; they're most loyal Process trusters out there.

It was the annual NBA Draft Lottery Party, hosted by Spike Eskin and the Rights to Ricky Sanchez Podcast (RTRS), which features Eskin and co-host Mike Levin. And although the results of the lottery – which were made by better thanks to Sam Hinkie’s pick swap with the Kings – weren’t quite as favorable as they were a year earlier, when the Sixers took home the No. 1 overall pick, it was a wild night that featured more than its fair share of craziness.

Here’s a look at the best moments from the party:

Undoubtedly, the loudest moment of the whole event was when the Knicks showed up at No. 8, because that meant that the Kings (and by extension, the Sixers) were into the top 3.

That was way louder than when the Sixers were actually announced as having the third-overall pick, largely because fans were still upset that the Lakers won't have to give their pick to the Sixers.

The second loudest moment? It's pretty much a tie between every time they showed Joel Embiid, who was on hand as the Sixers rep, on the big screen.

Shirley Temples because, of course

The drink special at XFINITY Live! was Shirley Temples. And for and extra $3, you could add some vodka to it.

Where you at @JoelEmbiid, the shirley temples are flowin. You got 3000 worshippers here, drop by.#LotteryParty #SamsTown #TTP #Sixers pic.twitter.com/Yb6FlKIHyD

I may have lied just a little when I said the party was full of people who trusted the process. Spike's father (and known enemy of The Process), Howard Eskin, was on hand broadcasting live for WIP. And, well, the host took full advantage of having the crowd on his side by having them taunt Howard with chants of "Trust the Process."

A couple got engaged Tuesday night, thanks to RTRS sponsor L.L. Pavorsky, who donated a $7,500 engagement ring to the couple who shared their big moment with the thousands of fans in attendance. 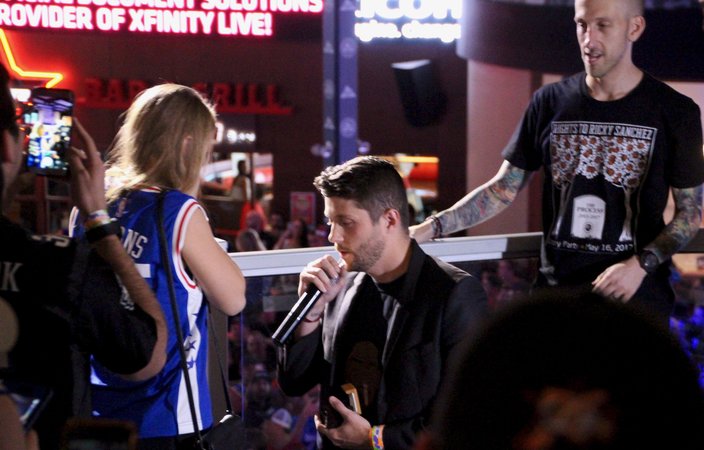 You can read more on that (and watch the video), here.

The theme of the party was "The Process is dead; long live The Process," so it's appropriate that the main star on Tuesday night was former Sixers GM Sam Hinkie. And while he was only there in spirit – even more so once that pick swap actually paid off – he was hard to miss. 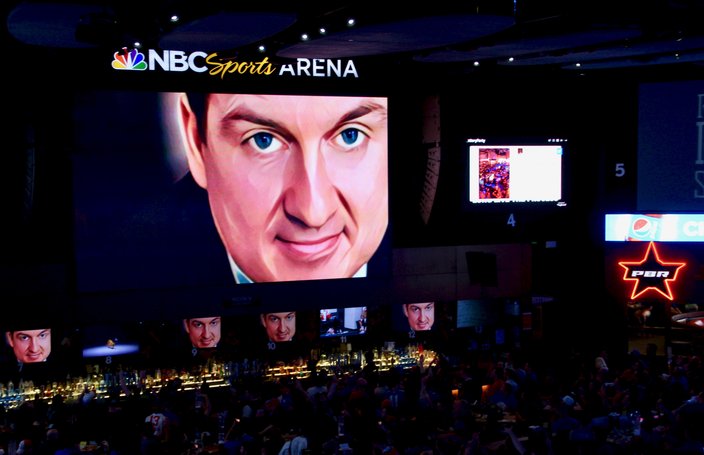 And after the funeral-style slideshow, Eskin eulogized Hinkie (and The Process).

Then, they raised Hinkie into the rafters.

And on the way out, there was a candlelight vigil...

Playing a supporting role on Hinkie's big night was Kings GM Vlade Divac. Several fans donned Divac jerseys and there was even a life-sized cutout of the former NBA star (who was traded straight up for Kobe Bryant). And when they showed him on the big screen, fans went nuts. 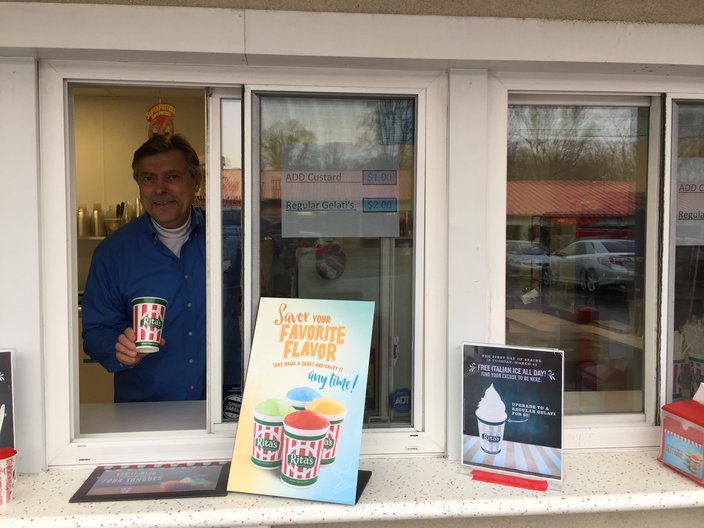 Following the announcement of the picks, the RTRS crew headed outside to record a live podcast on the stage. Also, there was our own Rich Hofmann, as well as Derek Bodner (who co-hosts Sixers Beat with Rich), Max Rappaport and Jim Adair of The Stepover Podcast, and recording artist Amos Lee. 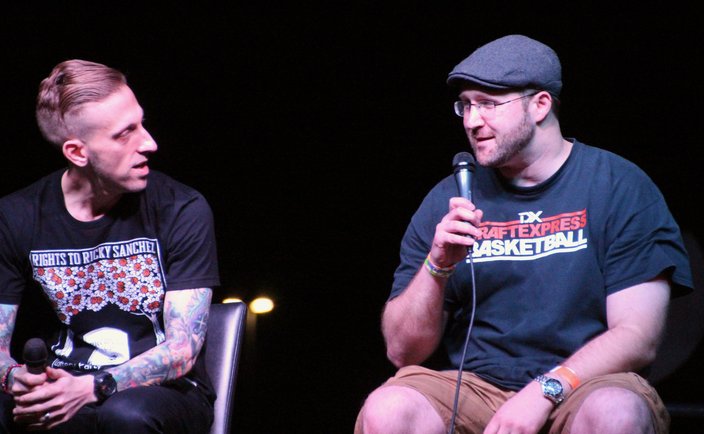