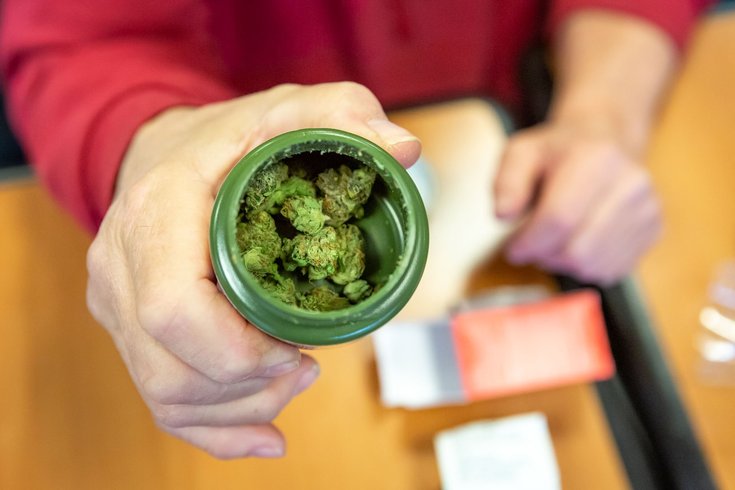 New Jersey lawmakers passed a measure that would add a ballot question in the 2020 election to amend the state constitution to legalize recreational marijuana. The proposed ballot question passed with more than three-fifths of the vote.

New Jersey residents will have the final say on the legalization of recreational marijuana after lawmakers largely approved the proposed ballot question for the 2020 election.

The referendum, which proposes amending the state constitution with the "New Jersey Marijuana Legalization" amendment, passed with more than three-fifths majority in the state Senate, 26-16, and in the Assembly, 49-29 with one abstention.

The ballot question will ask residents if they approve of amending the New Jersey constitution to legalize "cannabis" for those at least 21-years-old. The amendment states that the same state commission that currently oversees medical marijuana would also oversee the "new, personal use cannabis market." Recreational marijuana products would be subject to New Jersey's 6.65% sales tax, and local taxes may also be passed on marijuana products.

Since the proposal secured more than three-fifths of the vote in both the Senate and Assembly, it can now move to the November ballot. If the proposal had not passed by such a large margin, it would have required a second vote in the 2020 session. The proposal does not need Gov. Phil Murphy's signature for approval.

Murphy made legalization of recreational marijuana the pillar of his 2017 campaign. He announced he would legalize marijuana by the end of 2018 during his first budget proposal address, but he was not successful in doing so.

Last spring, Murphy and lawmakers dropped legislation that would have legalized marijuana. In May, Senate President Stephen Sweeney announced the the bill was put on hold as it could not secure enough votes and instead would be put on the 2020 election ballots for a public vote.

Sweeney expects the ballot proposal to pass given the overwhelming support in the state to legalize recreational marijuana.

If residents pass the constitutional amendment, New Jersey would become the 11th state to legalize recreational marijuana, following in the footsteps of nearby Vermont and Massachusetts.