Red balloons spotted across Philly after 'It' premiere 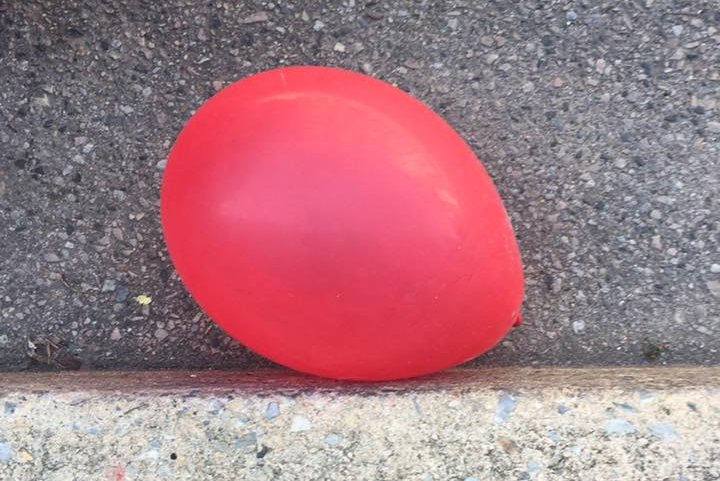 This red balloon was spotted on a block near the Tasker-Morris subway station on Sunday morning.

Is Pennywise in South Philly?

On the weekend that "It" premiered in movie theaters across the country, an ominous symbol from the horror film has appeared on the streets of Philadelphia.

That includes this writer's block, as a red balloon was seen floating on a side street near the Tasker-Morris Broad Street Line station late Sunday morning.

Spotted on my block. YOU'LL FLOAT TOO pic.twitter.com/dMn3i7AIcP

In "It," the 2017 adaptation of a Stephen King novel and a 1990 television special, a murderous clown snatches up children in a small town. Oftentimes, before Pennywise appears, a red balloon is seen floating nearby.

This past week in Lititz, Pennsylvania, a teenage girl took credit for tying red balloons to sewer grates in the days preceding the movie's premiere, a phenomenon that prompted a response from police, who said they were "terrified" while taking the balloons down.

Similar incidents have been reported across the country.

Some Philadelphians are seeing the same thing in their neighborhoods. In the Facebook group South Silly, one user posted a photo of a red balloon tied to a sewer grate near their home. A commenter on the post said the balloons were spotted "all over" the South Philly neighborhood of Pennsport.

Other social media users posted photos of the balloons spotted across the city and the surrounding suburbs.

someone put a balloon on the sewer next to my house and i shit you not, i'm moving to a different state pic.twitter.com/8WEFDkt3Kv

Someone in my neighborhood is an amazing asshole pic.twitter.com/42flyhDDJb

Most likely, this is the product of some bored teenage pranksters. Nevertheless, be on the lookout Philly, or you may float too...