Pennsylvania's oldest African-American church will live on with daycare center 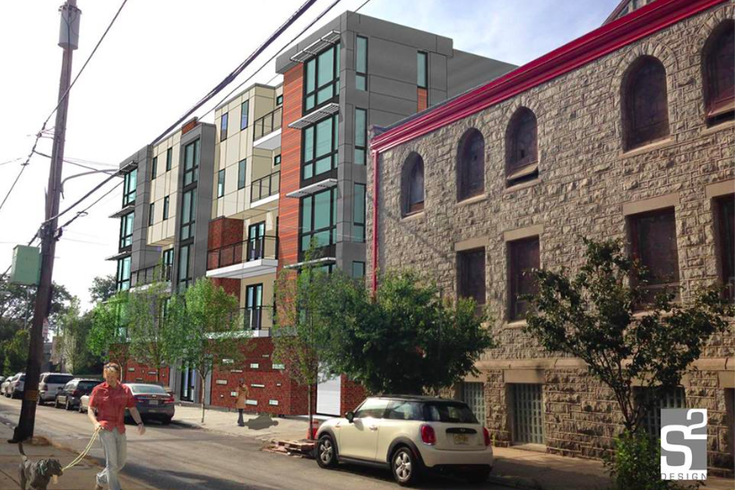 Plans to restore the oldest African-American church in Pennsylvania have taken an important step forward with the release of new renderings that depict the developers' goals for the historic space and neighboring condominiums.

The church, now nearly 106 years old, was headed for demolition last year before a local historic designation put a legal battle to rest and reinvigorated discussions about how to preserve the structure for contemporary use.

"From the beginning, the Developer was set on converting a majority of the Church into a daycare due to the overwhelming need for such a facility based on feedback from the neighborhood," the architects wrote in a Facebook post. "S2 and the Developer then spent several months exploring potential uses for the main Sanctuary, ranging from performance space for local academic institutions, a co-working space, and even a training facility for acrobatic troupes! However, due to timing and low interest from these groups, it was ultimately decided that the Sanctuary will house 2 large condominiums."

According to S2, the daycare tenant has developed a program that will serve 100 children between the ages of one and five. The adjoining rectory will be converted into a single family home, while a new multi-family condo unit — eight units on five floors, with ground-level parking — will be constructed in the church's parking lot on Montrose Street.


Many of the church's stained glass windows, as well as the rectory's brownstone facade, will be preserved and restored. 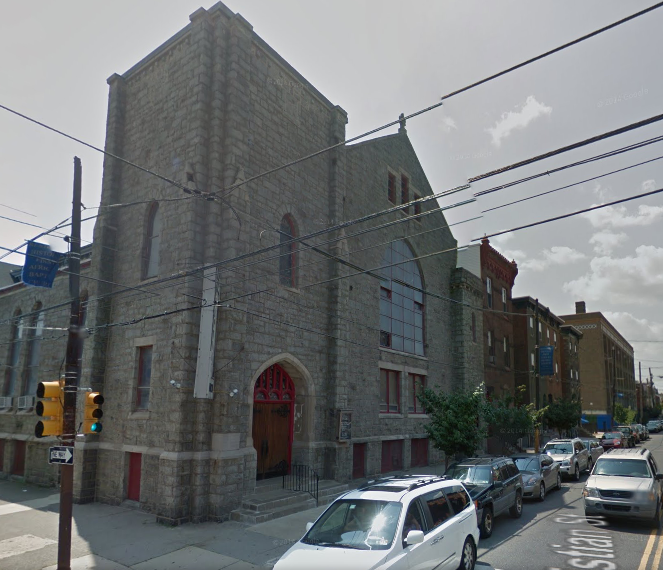 It's worth pointing out that the building was deemed "imminently dangerous" last June by the city's Department of Licenses & Inspections, which cited the hazard of a partially collapsed wall. At the time, members of the congregation were split on the future of the church. The Rev. Terrence D. Griffith, who served as its senior pastor since 2001, thought the building should be sold to a developer and demolished for redevelopment. 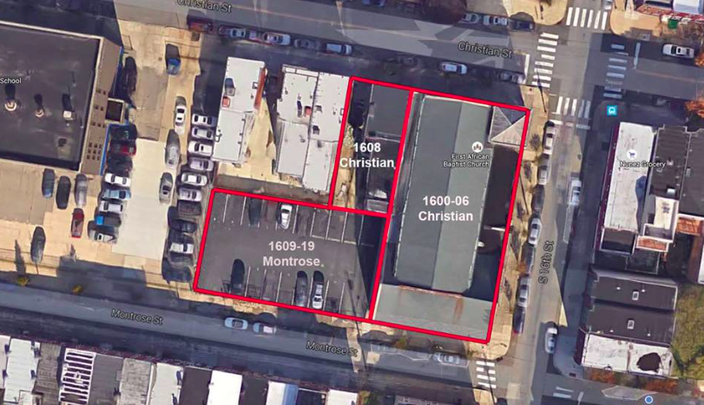 Aerial map of site for proposal.

As in the case of Fishtown's St. Laurentius Church, the "imminently dangerous" tag can both stall and intensify the process of identifying an appropriate course of action to take with symbolic properties. In this instance, a resolution was reached that appears to suit the goals of the community and preservationists.


At a recent presentation before the South of South Neighborhood Association, voters approved the projects for the rectory and the church. A vote on the condo proposal will be held next month.