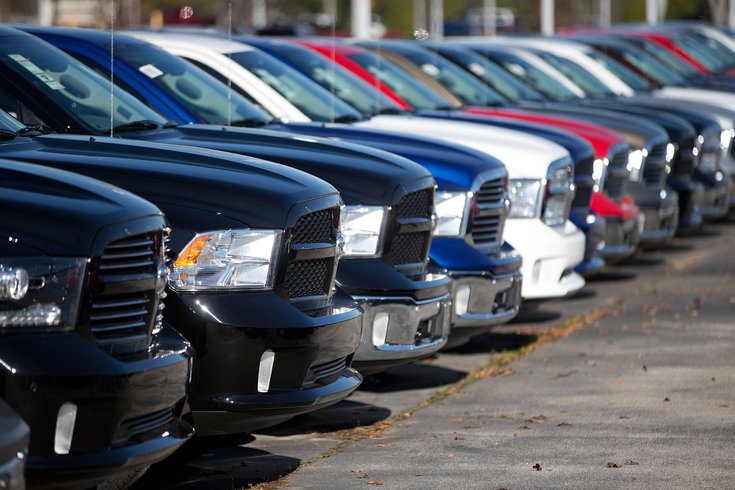 At the heart of the matter are multi-dealer locations, lots with dozens or even hundreds of dealers signed on as tenants. These lightly regulated lots can serve as "phantom dealerships," fronts for shady dealers who want to avoid scrutiny from the authorities, and the owner of the largest of them is accused of having familial and financial connections to the mob.

"A range of consumer and other fraud and abuse was allowed to persist for years even after credible authorities had blown the whistle on it," said the report.

But the Commission directed its greatest ire on the Motor Vehicle Commission, accusing midlevel managers of stymying investigations and changing regulations to help the dealers because of "behind-the-scenes pressure from Trenton lobbyists."

In short, the report says, "The MVC essentially was a government entity run by midlevel bureaucrats accountable to no one."

The Commission identified 11 multi-dealer locations that collectively owe $10 million in unpaid taxes. The largest by far is the New Jersey Dealers Auto Mall in Bridgeton, Cumberland County, which has leased space to 1,214 dealers since opening in 1994, yet appears completely abandoned.

"Beneath a veneer of apparent legitimacy, this compound off East Commerce Street in Bridgeton, Cumberland County, is a sham that serves as the foundation for an amalgam of consumer and bank fraud, unpaid taxes, suspicious financial transactions and other questionable, unscrupulous and possibly illegal activities," described the report.

The report alleges that the Mall's owner, Louis Civello Jr., has significant ties to organized crime. His father Louis Civello Sr., aka "Louie the leg-breaker," is reportedly a member of La Cosa Nostra, and was on the company payroll from 2003 to 2007. In addition, Civello Jr., was found to share a bank account with a convicted felon with ties to the mob, although Civello said in sworn testimony that he was not aware of the man's associations.

“It is my opinion if someone was associated with organized crime they wouldn’t broadcast it,” he told investigators.

The Mall was already the target of a State Police investigation a decade ago, which lead to a crackdown from the MVC on phantom dealerships.

"Such efforts often fizzled with little positive effect," the report said. "That is because, over time, the MVC’s role as a regulator of business in this corner of the used‐car world devolved into that of an enabler of some very troubling business as usual."

The Commission allowed applicants to get dealership licenses despite failing to disclose arrests or conviction, and some midlevel managers took steps to help the lots avoid on-site inspections and audits. As the report describes it:

"Dealer license applications were ordered approved over the objections of line staff. Violation notices were interfered with, lessened or waived. In one instance, officials anxious to avoid litigation circumvented the MVC’s statutory administrative rule‐making process, including the requirement for public comment, by crafting shadow regulations known internally as “alternative guidelines.” Less stringent than the officially adopted rules, these were used exclusively for matters involving multi‐dealer locations."

The report ended with a list of recommendations for clamping down on corruption in the used-car industry. Recommendations include:

•Create a Used Car Buyers' Bill of Rights, which could include right to cancel sales within a certain number of days

•Create a professional board at the State Division of Consumer Affairs that has jurisdiction over the owners of multidealer lots, as "the MVC is neither properly equipped nor institutionally inclined to carry out its own regulations"