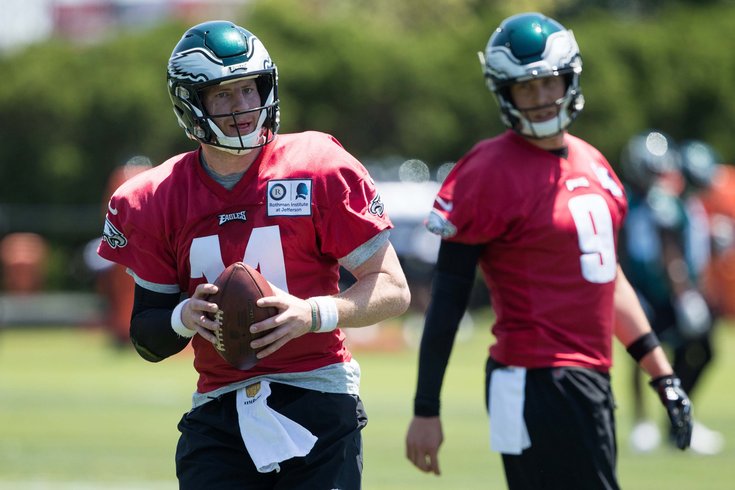 The #Eagles report and have their physicals today, including rehabbing QB Carson Wentz. The most likely, cautious scenario is that Wentz lands on the PUP list, sources say, though he could come off at any time. It would not be an indication that he’ll start the season on PUP.

The benefit of the PUP list is that a player is eligible to come off of it during training camp, or, if the team deems it necessary, after the first six weeks of the regular season. Once the regular season starts and the player remains on the PUP list, they must spend the entirety of the first six weeks on the PUP list, and they would not count toward one of the 53 roster spots. (They would still count toward one of the 90 roster spots while on PUP during the preseason.)

Wentz being on the PUP list could indicate that he suffered some sort of setback. It's also possible that no such setback occurred, and he continues to progress the same way he was during spring practices. Using the PUP list now (again, a necessity to use it at all) could merely be a way of the Eagles preserving all their options, as long as Wentz is still not medically cleared to play in a game.

Of course, this would mean that Wentz would be missing reps during training camp, though at this stage in his progression as a pro, it's arguable how much he even has to gain from throwing in 7-on-7 sessions.

There's a pretty good bet that Doug Pederson will answer approximately 30 questions about this when he is made available to the media on Thursday.

Update: He's not going on the PUP list after all:

The Eagles plan for Carson Wentz from day 1 of camp is for him to do individual and 7 on 7 drills, monitor progress and determine later with medical staff when it’s appropriate to do full team work. You can’t do any of that on PUP.