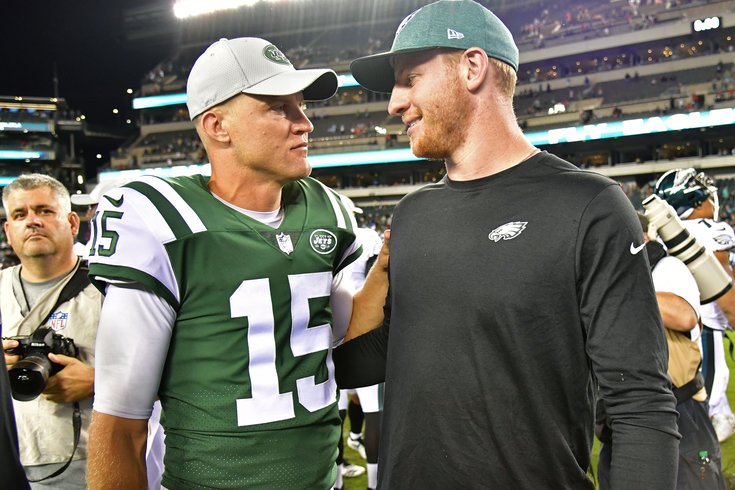 According to Adam Schefter of ESPN, the Philadelphia Eagles are signing quarterback Josh McCown to a one-year deal. McCown had previously announced his retirement in June.

Josh McCown, who announced his retirement this summer to spend more time with family, is returning to play his 17th NFL season with the Eagles, per sources.

McCown is signing a 1-year deal with the but plans to resume his broadcasting career with ESPN after season, per source.

Based on the numbers of this deal, McCown isn't going anywhere. He will very likely be on the roster for the entirety of the season:

Compensation update: Eagles are giving Josh McCown a one-year deal that includes $2 million fully guaranteed and could be worth up to $5.4 million, per source.

McCown turned 40 in July, and the Eagles will be his 11th team in the NFL. His career path (via Wikipedia):

This is bad news for all of the Eagles' reserve quarterbacks. Here is how each of them are affected by this signing:

• Nate Sudfeld: Is he the No. 2 anymore? McCown obviously isn't just a camp arm, and he probably didn't come out of retirement to be a No. 3. It will be interesting to hear Doug Pederson's explanation of the move when he speaks to the media on Sunday. Did the Eagles sour on Sudfeld at some point?

• Cody Kessler: The guess here is that when the Eagles announce the signing of McCown, the corresponding move will be that Kessler has been released.

• Clayton Thorson: If Thorson is to make the 53-man roster, the Eagles will have to keep four quarterbacks.

In a season in which they think they are Super Bowl contenders, the Eagles aren't screwing around with uncertainty at the backup quarterback spot.