Report: Man charged in assault outside of Geno's where alleged reference to 'ISIS' was made 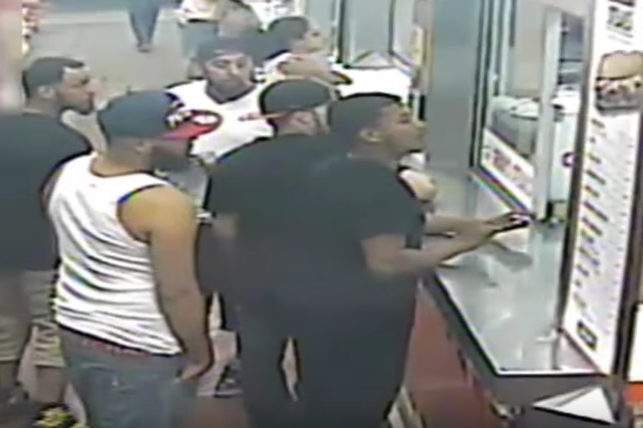 Alberto Lopez, 24, is facing multiple charges in connection with a violent assault that happened June 11 outside of Geno's Steaks in South Philly where one group member allegedly said that they were affiliated with "ISIS."

Lopez, one of five men involved in the incident, had his first preliminary hearing Thursday. He faces conspiracy, simple assault, recklessly endangering another person and harassment charges, according to court documents.

Patrick Kane, one of three victims in the assault, told NBC10 that him and some friends went to the South Philly cheesesteak joint after a wedding. When his wife's friend asked the group for a cigarette, one of the men "snapped" and began assaulting Kane and his friends.

Kane told the news station that one of the group members said, "You don't know who we are! Don't mess with us! We belong to ISIS!'"

Police confirmed with PhillyVoice Saturday that Lopez turned himself in to police on Sept. 14. There is also an arrest warrant out for a 36-year-old man.

Police told NBC10 that they were only investigating the incident as an assault when asked to elaborate on one group member's ISIS remark.

Lopez, from Camden, posted bail following his arrest. His next preliminary hearing is scheduled for Oct. 27.

Police said that the group of five fled in a dark pickup truck and an SUV with New Jersey license plates following the incident.