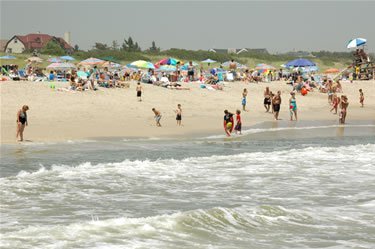 In a season that has seen more than 25 drowning deaths along the New Jersey coast, officials said a 34-year-old man died Saturday following a rescue attempt in rough surf off the coast of Long Branch.

Police said the incident occurred at Seven Presidents Park, where the victim was visiting the beachfront with his family, according to NJ.com.

The victim, an unidentified man from Piscataway, reportedly went swimming and began to struggle in the dangerous rip currents that have spread along the Atlantic coast with the remnants of Hurricane Jose.

Beachgoers at the Jersey Shore have been warned to exercise caution throughout the weekend and into the coming week with Hurricane Maria expected to continue north up the Atlantic coast. Lifeguard patrols are now limited at most beaches, officials said.