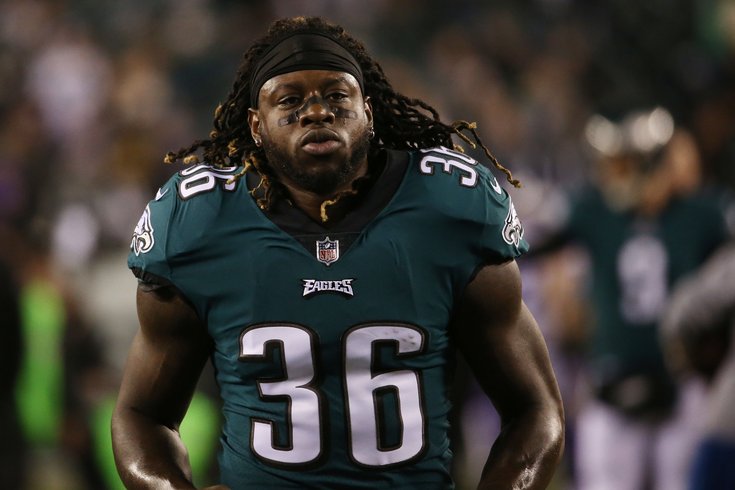 Eagles running back Jay Ajayi really hit the jackpot last year when the God-awful Miami Dolphins traded him to Philadelphia in the midst of what became a Super Bowl-winning season.

The 24-year-old London native, an integral part of the Eagles' bruising backfield-by-committee, was reportedly so ecstatic after the Super Bowl that he rented — and then allegedly completely trashed — a luxurious mansion in Los Angeles, according to TMZ.

And now he's facing a $25,000 lawsuit that he claims is bogus, the gossip site reported.

The 24-year-old is being sued by the owner of a swanky 6,000 square foot pad located above the famous Sunset Strip ... where the RB and a friend stayed back in February for 5 days after Ajayi won the Super Bowl.

According to the suit, Ajayi and his buddy threw at least 3 parties at the house despite the fact they were specifically told -- NO PARTIES!

In the lawsuit obtained by TMZ, the property owner reportedly claims he charged a $5,000 fee for each party held. He also alleges that Ajayi broke a table, scratched the floors and violated the no smoking rule.

The owner further alleges that when he confronted Ajayi on Feb. 18, he was pushed in the chest in a "menacing and threatening manner."

Ajayi reportedly told TMZ that he never laid a finger on the property owner, never damaged the property and never hosted a party there. According to Ajayi, the owner tried to force him and a friend to pay him in cash instead of going through Airbnb. He said he and his friend left the property early and paid the full rate, anyway.

We may never know the truth about what happened here. The allegations are oddly reminiscent of when former Sixer Nerlens Noel was sued for allegedly trashing a Conshohocken rental property with "weed and Gatorade."

Ajayi, who averaged 5.8 yards per carry in seven regular season games, figures to be atop the Eagles depth chart at running back heading into the 2018-2019 season. It would be best if this gets resolved before it presents itself as a distraction.