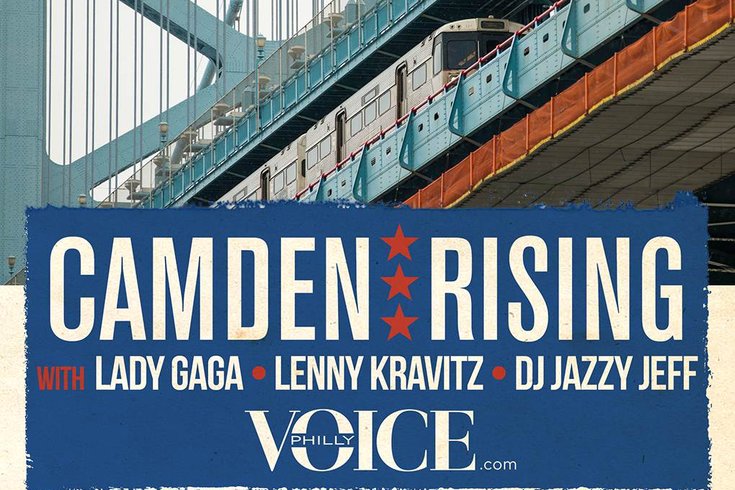 PATCO has released its plan to help get patrons to Thursday's "Camden Rising" concert at the BB&T Pavilion on the Camden waterfront.

Trains will depart every 10 minutes between 10 a.m. and 2 p.m. from 8th and Market streets in Center City to the Broadway Station/Walter Rand Transportation Center in Camden, PATCO said.

Concertgoers will then exit the Broadway Station and walk west on Martin Luther King Boulevard toward the Camden waterfront. It’s about a 15-minute walk and 0.7 miles.

On the waterfront, transfer to the NJTransit RiverLine train, which heads south directly to the BB&T entrance. For fares & schedule, visit www.njtransit.com.

Taxis may be available at the corner of Broadway & MLK Blvd.

PATCO train tickets are available from automated vending machines (AVMs) at stations. The AVMs accept cash and credit cards. The fare between any Philadelphia station to Broadway Station is $1.40 for one-way and $2.80 round-trip. PATCO staff will be available in stations for assistance. 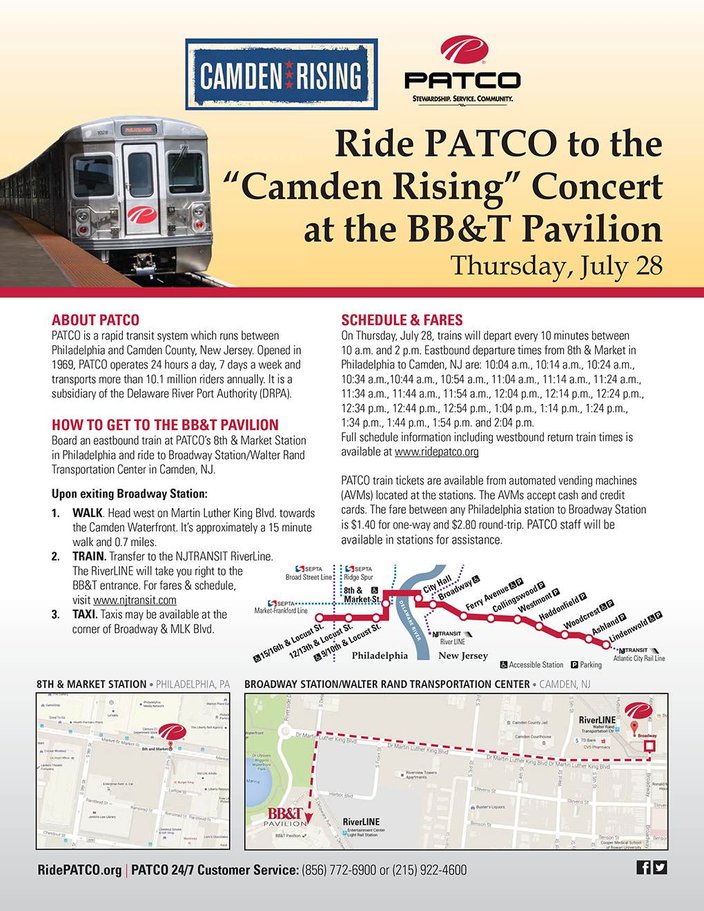 The "Camden Rising" concert for the Democratic National Convention, to be held just hours before Secretary Hillary Clinton is expected to accept the party's nomination for president of the United States, will feature performances by Lady Gaga, Lenny Kravitz and DJ Jazzy Jeff.

Doors at the BB&T Pavilion will open at 11 a.m. and the concert begins at 1 p.m.