Riley Hancey, who received lung transplant in Philly after being denied in Utah, dies at 20 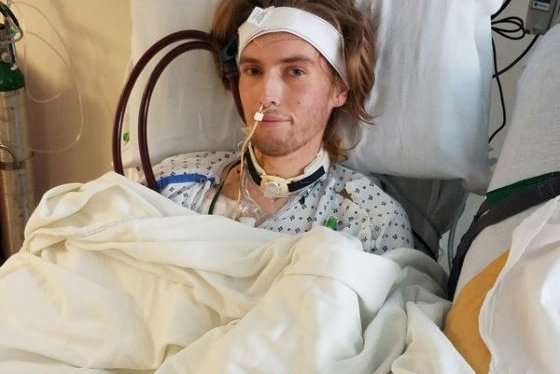 Riley Hancey, the Utah man who received a double lung transplant in Philadelphia after being denied one in the Beehive State, has died.

Hancey, 20, of Park City, Utah, died from complications of a lung transplant at the Hospital of the University of Pennsylvania, according to a statement provided by his family.

The statement said the family was "devastated" to announce Hancey's death.

"We are extremely thankful to all the wonderful doctors and staff at the University of Pennsylvania and the University of Utah for their expertise and care that Riley received," the statement said. "We would also like to thank the donor family, who in their own grief chose to save a life. We will never forget your kindness and generosity."

He previously had spent more than two months hospitalized at the University of Utah Hospital after a bout with the flu led to pneumonia and a lung infection. His lungs lost all gas exchange function, forcing him to rely on a tracheotomy and an ECMO procedure to provide oxygen to his blood.

Hancey had been denied a transplant by the University of Utah because he had tested positive for THC, the primary psychoactive compound found in marijuana. That sent the Hancey family searching for a hospital that would approve a transplant.

In February, HUP answered that call.

The Hancey family said they underwent "a long battle" to save Riley's life.

"We know that in our hearts we gave him every opportunity to survive," their statement said. "He will live in our hearts forever. Riley is now free to climb every mountain, ski the back country, go fishing, and run every river. He will continue to do so with his family in spirit."

Prior to his illness, Hancey was a healthy teenager who engaged in sports, enjoyed traveling and worked for his brother at a ski resort.

To honor Riley, his family asks that people take a moment to do a random act of kindness for someone.

"Riley's kind spirit, laughter, and smile will be deeply missed by all that knew him," their statement said.