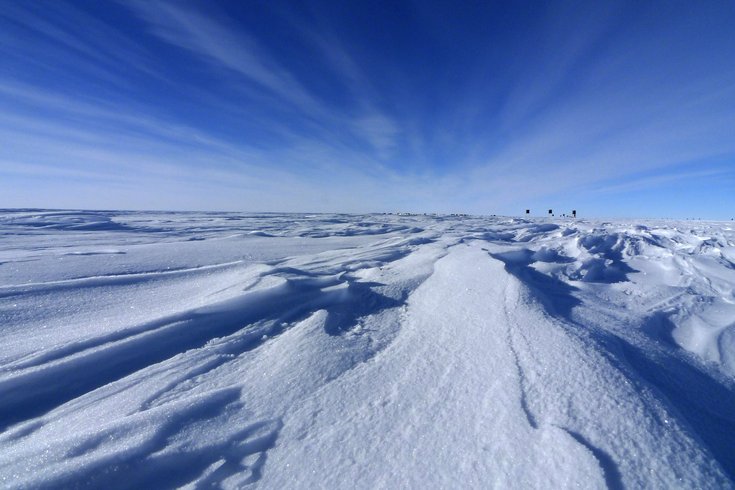 Read More
Researchers seeking to learn whether life forms can withstand the extreme conditions beneath the ice of Antarctica have found their answer with the help of a robot named Icefin.
The remotely operated vehicle (ROV) plunged into the frigid waters under the Ross Ice Shelf after scientists drilled a 12-inch hole through nearly 66 feet of ice, LiveScience reports.
Capable of reaching depths as low as 0.9 miles below sea level during surveys spanning up to 1.9 miles, Icefin is a major upgrade over previous underwater vehicles. Its instrumentation allows for both navigation and ocean science, enabling researchers to search for life while also examining how Antarctica's ice shelves are changing relative to warming conditions.
Footage from Icefin's last survey in December 2014 revealed a variety of stars, sponges and anemones living beneath the ice, giving scientists valuable information to help them understand how these communities survive. This could, in turn, help researchers who seek to explore other planets and celestial bodies in search of alien life. Jupiter's moon Europa, for instance, has ice-capped oceans that bear similarities to Antarctica.

"We're advancing hypotheses that we need for Europa, and understanding ocean systems here better," said Britney Schmidt, an assistant professor of earth and atmospheric sciences at Georgia Tech and the principle investigator of the Icefin project. "We're also developing and getting comfortable with technologies that make polar science, and eventually Europa science, more realistic."

Icefin's next mission will explore the Arctic in the summer of 2016, returning to Antarctica in the fall.
Check out footage from the Icefin survey below.