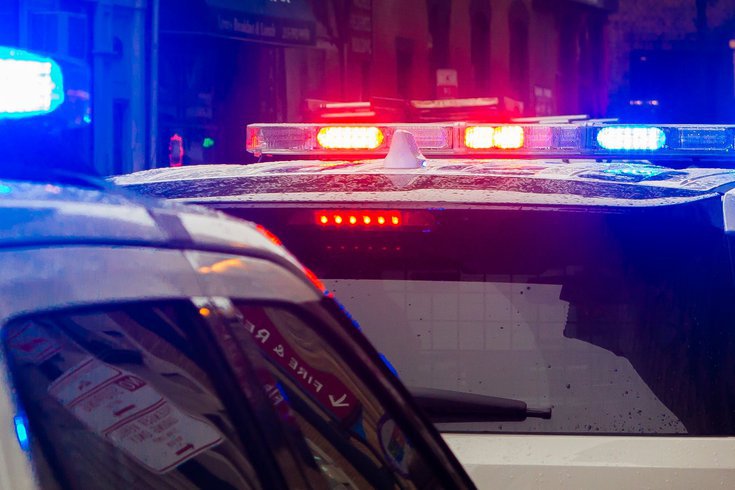 Three of the teenagers implicated in the deadly Roxborough High School shooting also were involved in another homicide that took place one day prior, Philadelphia police said.

Jones was gunned down on the 600 block of North 13th Street in Poplar at 2 p.m. on Sept. 26, police said last month. He was struck 21 times and died after being rushed to Thomas Jefferson Hospital.

His mother, Theresa Guyton, told 6ABC that police believed the shooters may have mistaken Jones for someone else. Jones had just received his GED and was working toward a career in construction, she added.

At the time, Guyton made a plea to the shooters' families to turn them in.

The shooters fled the Sept. 26 shooting in a Nissan Altima that is linked to a Sept. 22 shooting that wounded two people, including an 8-year-old girl, at 13th and Oxford streets, near Temple University's main campus, police said.

Zyhied Jones and Fletcher are among four people who have been arrested and charged with murder for their alleged roles in the Roxborough High School shooting on Sept. 27. Burney-Thorne, who also has been charged with murder, and a sixth suspect, who has not been named, remain on the loose. Burney-Thorne is considered armed and dangerous, police said.

The Roxborough High School shooting, which took place after a football scrimmage, left 14-year-old Nicolas Elizalde dead and four other teenagers wounded. Elizalde, a freshman at Walter B. Saul High School, was on Roxborough's junior varsity team because his own school did not have a team.

Police say five shooters fired more than 60 shots at a group of football players that had left the school's football stadium on the 4700 block of Pechin Street at 4:41 p.m. A sixth person served as the getaway driver in a stolen Ford Explorer, police said.

Elizalde, who suffered fatal gunshot wounds to his chest, was not the intended target of the shooting, police said. The other teens suffered non-life-threatening injuries.

Yaaseen Bivins, 21, and Saleem Miller, 16, also have been arrested and charged for their roles in the Roxborough High School shooting. They have not been implicated in the Sept. 26 shooting that killed Tahmir Jones.

Anyone with any information about the Roxborough shooting, including Burney-Thorne's whereabouts, is asked to call 911 or to provide an anonymous tip by calling or texting (215) 686-8477.