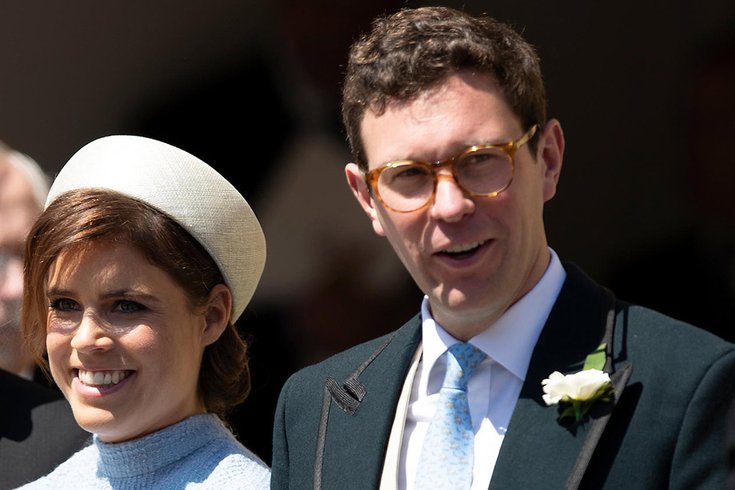 Princess Eugenie of York and Jack Brooksbank attend the royal wedding of Prince Harry and Meghan Markle on May 19, 2018, at George's Chapel at Windsor Castle.

Princess Eugenie, the 28-year-old granddaughter of Queen Elizabeth II, will become the second royal to marry this year.

The daughter of Prince Andrew and Sarah Ferguson will wed her longtime boyfriend, James "Jack" Brooksbank, at Windsor Castle, the site of Prince Harry's wedding to American actress Meghan Markle in May. The wedding is set to begin at 10 a.m. London time (5 a.m. in Philadelphia).

Eugenie, ninth in line for the throne, has lived primarily out of the media spotlight. Brooksbank is an executive with a tequila company.

The couple is inviting 1,200 members of the public to the grounds of the royal castle about 16 miles west of London. They will exchange vows in St. George’s Chapel, and then ride in a carriage through the streets of Windsor to greet the public.

Watch live coverage of the wedding from The Sun newspaper: