Running the half marathon? Take time to properly recover 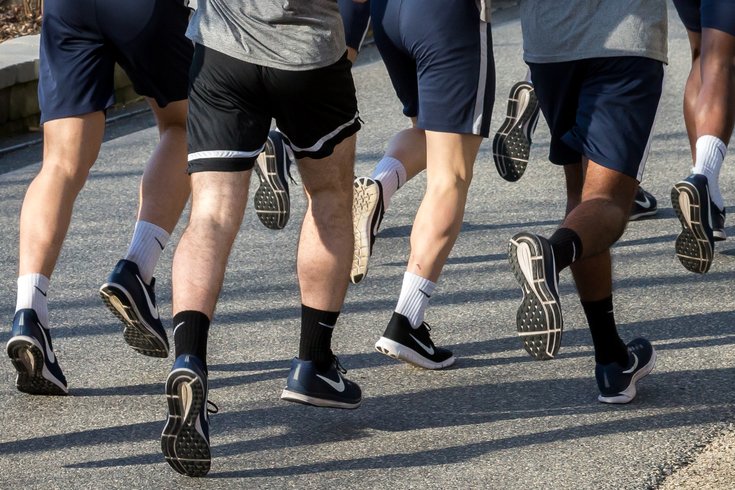 A group of men running together.

The thousands of runners registered to compete Sunday in the Rock 'n' Roll Philadelphia Half Marathon have spent months training to cross the finish line at Eakins Oval.

But that should not mark the end of their roads – even if they don't have their eyes on another race.

"Just because you technically finished the marathon doesn't mean the training in your journey is over," said Dr. Ryan Schreiter, a Temple Health sports medicine specialist. "I think that recovery period is really important."

Knowing how to properly respond after a finishing a grueling race will help runners reduce soreness and avoid injury. Here are some basic recommendations offered by Schreiter:

Race organizers politely instruct runners to keep walking once they have crossed the finish line. That's partly to keep the finish area unclogged. But it serves a health purpose, too.

Walking prevents the body from shutting down, Schreiter said. It eases the body into recovery mode, preventing muscle spasms that occur when the body suddenly stops moving.

"That's when people get the wobbly legs and they collapse," Schreiter said.

Runners should keep walking for at least 10 to 20 minutes after finishing the race, Schreiter said. They should enjoy the snacks provided by race volunteers and make sure to drink plenty of water.

He also suggested they change into clean shoes that provide plenty of support and check for blisters.

There is little need to stretch immediately after finishing the race, Schreiter said.

Again, Schreiter suggested runners just keep walking immediately after the race. Save the stretching for the days to come – when it will help relieve muscle soreness.

"As soon as you stop, the body may go into rest-recovery mode and start shutting down and start spasming," he said. "Now, you're fighting a muscle spasm or a muscle cramp on top of trying to stretch. Really, you can just walk and hydrate. That's the best thing to do."

Most major races have massage tents set up shortly after the finish line. Some runners find them helpful, he said.

Schreiter suggested runners hold off on cryotherapy, a trendy recovery treatment that relieves muscle pain. Instead, he recommended an ice bath, which will have the same effect – deflating inflammation – and save runners considerable money.

Running a half marathon will burn hundreds of calories. It will dehydrate the body, overwork the kidneys and beat up all sorts of muscles.

It will take several days to replenish the body's glycogen and mitochondria, which fueled the body's muscles during the race.

"Maintaining high protein and high carbohydrates for the next three to four days is actually pretty important," Schreiter said. "And hydrating. Your body is in this stressful state. You're dehydrated. Your muscles are beat up."

But maybe don't eat that cheesesteak right after finishing the race.

Instead, Schreiter encouraged runners to begin by eating the bananas, pretzels and oranges that are often distributed after the race. Ease into heavier foods later.

There's not many foods to avoid, but Schreiter suggested people wait to eat processed food.

"The processed food will just go in you and go right through you," he said. "Your body needs a little substance."

Novice runners should refrain from running again for another 10 to 14 days, Schreiter said.

This may come naturally to some runners, who are ready for a break after months of arduous training. But others may be itching to get back out there.

But muscles take time to fully recover – even after the soreness is gone.

Veteran runners will have a better idea of how long they need to rest or dial back before they return to their typical training regimen.

"Just because you're finished, that doesn't mean that's the end of your training. At the back end, it's really important."