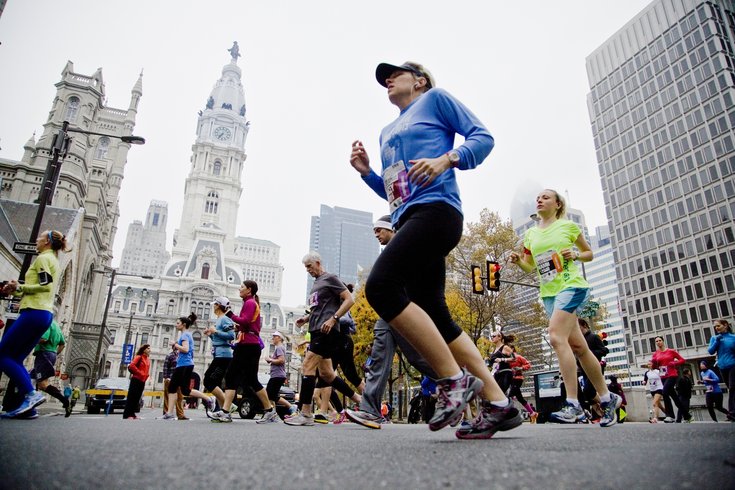 Participants in the Philadelphia Marathon may exercise not just their lungs, but their brains.

Lifting weights might beef up your muscles, but running could beef up your brain, according to a study published this month in the Journal of Physiology.

Researchers in Finland have found that adult rats that run long distances develop new cells in the hippocampus, a region of the brain that controls memory and spatial awareness. Rats subject to resistance training or high-intensity interval training, on the other hand, showed little or no change.

In other words: Dumb bells won't make you smarter, but running regularly might help your brain grow.

In the most promising group, rats had unlimited access to a running wheel for seven weeks. The rodents hopped on and off at will, running several miles per day without the need for rewards or punishment as motivation (which goes to show how rats are different from most humans). A second group did endurance training on a treadmill, which involved less running in total.

Both running groups showed high levels of neurogenesis, particularly the rats that got to run in the wheel as much as they wanted. Rats that did several weeks of resistance training, which involved climbing ladders with weights attached to their tails, showed no growth in brain cells.

What surprised researchers was that high-intensity interval training (HIIT), a hot trend right now in human exercise, didn't have much effect either.

Under HIIT, the rats had three 20-minute sessions on a treadmill per week, where they alternated between short, intense bursts of sprinting and slower recovery periods. To keep them on the treadmill, rats got a small electric shock if they stepped off. HIIT had some positive health benefits, like all exercise, but showed no statistically significant change in neurogenesis.

To build brain cells, researchers concluded, "Exercise should be aerobic and sustained."

The research fits well with previous studies that have shown that exercise grows the hippocampus and improves memory in older people. But why does long-distance running, in particular, have such a notable effect on the brain?

"The further an individual travels, the more likely it is to encounter new environments and stimuli from which it must make sense rapidly," the study noted.

That means the brain has to create more cells to keep up.