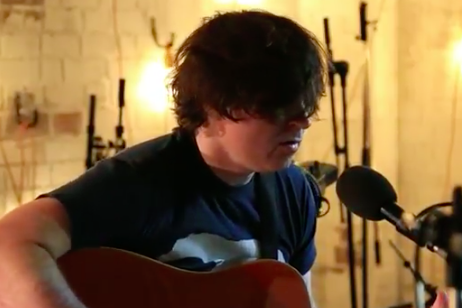 The 89th Academy Awards have come and gone, complete with a dose of last-second drama that made local director M. Night Shyamalan proud.

I wrote the ending of the academy awards 2017. @jimmykimmel we really got them!

But now we take a trip back to 1994, when Bruce Springsteen's "Streets of Philadelphia" won an Oscar for Best Original Song in the Tom Hanks-led "Philadelphia."

Covering Springsteen is always a risk, especially for a solo artist who doesn't have the benefit of relying on the power of the Boss's full instrumentation. If there's anyone capable of filling those shoes, it has to be Ryan Adams, whose versatility as a songwriter and producer gave him the courage to cover a Taylor Swift album.

Adams recorded his version of "Streets of Philadelphia" during a session for BBC Radio 6 Music's upcoming celebration of the year 1994. That special series will kick off March 3.

In the meantime, here's Adams gracefully handling arguably the greatest song ever written about Philadelphia.