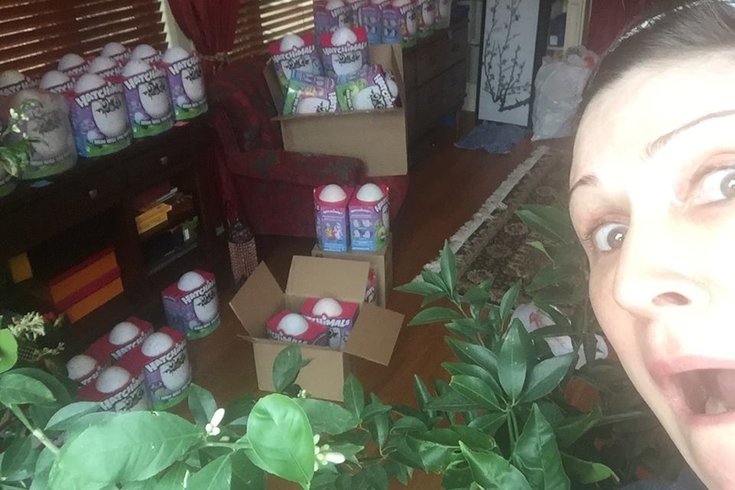 When Sara Gruen shared her tale of “dropping $23,595.31 on hot-ticket Christmas items only to learn online retailers wouldn’t let her flip them for charity” woe, she hoped the attention would help her unload some of the 156 Hatchimals that took over her home.

What the woman from Asheville, North Carolina, didn’t expect was an online wave of schadenfreudic disdain (including death threats) from strangers who seemingly got shut out of purchasing the $59.99 egg-hatching, stuffed-animal toys.

Luckily, and unluckily, for the New York Times best-selling author, she got both in the day and a half since her story went live.

On the plus side, as of Tuesday night, she’d unloaded two dozen Hatchimals to buyers who reached out to her both via email and her “Hatchimals with a Heart” storefront on Shopify. (Update: As of Wednesday morning, she'd sold 51 of them, with four given away to potential buyers who couldn't afford the price she'd paid for them in the first place.)

On the negative side? Well, the haters.

They didn’t much like the price mark-up, which is earmarked for helping to fund the criminal defense of a convicted murderer who she deemed wrongfully convicted. (She can’t say much about that case, yet, but shared the details with PhillyVoice before the story ran for background edification.)

On Tuesday, Gruen hypothesized that her detractors “seem to think I have a moral responsibility to sell them at the (manufacturer’s suggested retail price) or donate them, like I’m singlehandedly responsible for the shortage.”

“They don’t hate me – I don’t think, that doesn’t make any sense – but they hate whatever it is they think I represent,” Gruen said. “And the death threats? I’m going to put my alarm on for a few nights, but I think it's all online bluster. They're blowing off the wrongfully convicted man with the argument that their children ‘need’ these toys.” 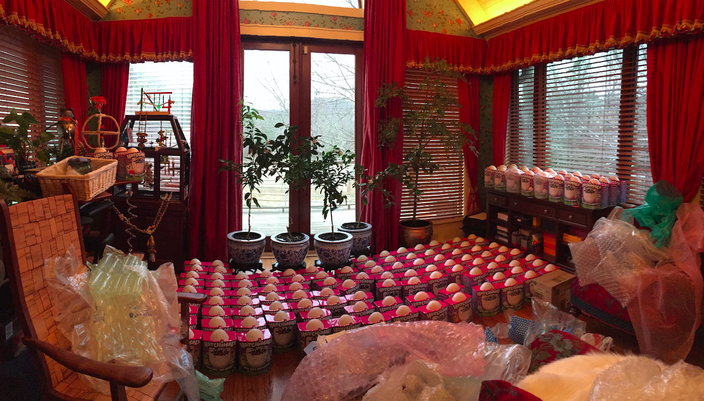 This whole debacle started the day after Black Friday, when Gruen’s husband showed her what Hatchimals were. Her “Spidey sense” zeroed in on the thought that they would be the year’s hottest Christmas gift. That inspired her to spend days bidding on online retailers for Hatchimals that would sell out at physical retailers.

She bought 156 of them at an average price of roughly $151, and planned to turn around and resell them via online retailers. That plan went south when the retailers put a limit on the number she could sell out of concerns of counterfeiting and scams.

“It felt like I got hit with a freight train,” she said of that cold reality of unexpected, five-figure, credit-card debt. “I waited until the next morning to tell my husband that I’d completely ruined us.”

As the story got picked up across the country, Gruen said her agents and editors have received calls seeking information. (We received a slew of emails from Hatchimal-hungry readers as well.)

Gruen said that eBay representatives have since gotten in touch with her – after seeing the story – with news that she’d been “white listed to sell as many Hatchimals as I want for as long as I want.”

Same went for online retailer Bonanza which “reconsidered and approved my storefront, but I closed it anyway.”

There was some lingering resentment, suspicions of damage control outweighing customer-service deficiencies. Considering the quickness with which the sites apparently reacted, there’s something to be said for both.

And just what has been Gruen’s takeaway from these hectic past few days?

“People are quietly stepping up and supporting me by buying,” she said, but, “one set of people has decided that the guy I’m trying to free is not only guilty (of murder, for which he’s serving life without parole), but guilty of (harming) children (who want Hatchimals for Christmas), based on absolutely nothing.”

Anyway, in an effort to avert another flood of emails from Hatchimal-seeking readers, Gruen’s online storefront can be found via this link. The prices have dropped since earlier this week.

And no, haters who inexplicably turned their sights on me for writing about this in the first place, I’m not getting a cut. My son hadn’t even heard of Hatchimals before this mess, and they’re not as cool as the Nintendo 3DS that Santa’s bringing, anyway.